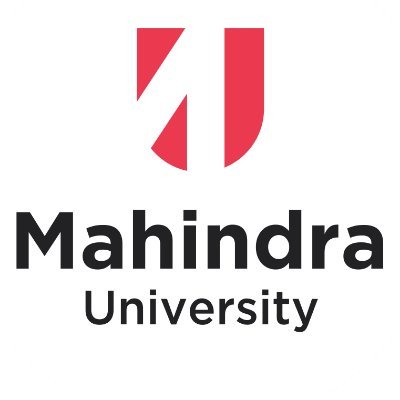 New Delhi: Prof. Bishnu Pal, Dean Academics and Professor of Natural Sciences at Mahindra University’s Ecole Centrale School of Engineering, has been awarded “The 2021 SPIE Maria J. Yzuel Educator Award” by The International Society for Optics and Photonics (SPIE). The SPIE Maria J. Yzuel Educator Award recognizes outstanding contributions to optics education by an educator in the field. Prof Pal has been named for this award “in recognition of four decades of sustained contributions in education, outreach, research, technical program committees of global flagship conferences, and editing of four popular publications in guided wave optics and photonics”. The award will be formally given to him at the annual award Banquet during SPIE Optics+ Photonics conference scheduled at San Diego USA on August 1-5, 2021.

“We congratulate Prof. Bishnu Pal, for having been named the 2021 SPIE Maria J Yzuel Educator Award. Prof. Bishnu Pal continues to lead from the front in the field of Optics and Photonics and this is just another acknowledgement of his contribution to the sector, as several thousands of his students can vouch for. Mahindra University is so proud to have such an eminent academic as its Dean: There is hardly any recognition in the field that he has not won and his exceptional list of awards is unparalleled in the sector”, says Dr. Yajulu Medury, Vice Chancellor, Mahindra University.

Congratulating Prof. Bishnu Pal, the 2018 Nobel Laureate in Physics, Prof Donna Stricklandfrom Waterloo University, Canada, says, ‘It is a well-deserved for your many contributions to training optical scientists from your own teaching to the incredible service you do for the optics community’.

SPIE, the international society for optics and photonics, was founded in 1955 to advance light-based technologies. In its citation, SPIE says “Prof. Bishnu Pal has made multi-dimensional contributions to the education and dissemination of optics and photonics-related knowledge and development and continues to support the growth and advancement of new areas in photonics such as metamaterials and THz frequencies”.

“It is an honor to be recognized by the World’s foremost community of Optics and Photonics.SPIE has over 255000 constituents from 183 countries and being appreciated by your own peer group is always heartening. When I look back at my career and the students that I taught and researchers that I worked with, I’m amazed at the caliber of the people I came in contact and it is always a delight to see them excel”, says Dr. Bishnu Pal, Dean Academics, Mahindra University.

Prof. Pal has been with Mahindra Ecole Centrale since its inception in 2014 and prior to that he worked with IIT Delhi as a Professor and Chairperson of the Department of Physics. He has more than 45 years of teaching and research experience. His current areas of research include Guided Wave Photonics and Optical Communication that broadly encompasses application-specific specialty optical fibers for telecommunication, mid-IR and THz photonics and also contemporary topics like silicon photonics and is widely recognized as an authority on Optoelectronics. Prof. Pal has extensive research and consulting experience, with over 200 papers in peer reviewed journals and large number of research projects sponsored by national and international agencies.

Some of the prestigious awards that Dr. Pal has received in the past include: Esther Hoffman Beller Medal by the Optical Society of America (OSA) in 2016, Distinguished Lecturer of IEEE Photonics Society (IPS, USA) 2005-07, Prof A. Selvarajan award for outstanding contributions to Photonics education and research given by IPS India chapter in 2017, Om Prakash Bhasin award for distinguished contributions to Electronics and Telecommunications Networks, Khosla National Research Award 2014 (India) for life time research contributions by IIT Roorkee, ‘OSI Award’ of the Optical Society of India (OSI) 2010 for significant lifetime contribution to education and diffusion of knowledge in Optics and Photonics, Homi J Bhabha Award 2006 of the University Grants Commission (UGC), India for outstanding contributions in Applied Sciences, and Fiber Optics Person of the Year 1998 established by Lucent Technology in India and Voice & Data Magazine.