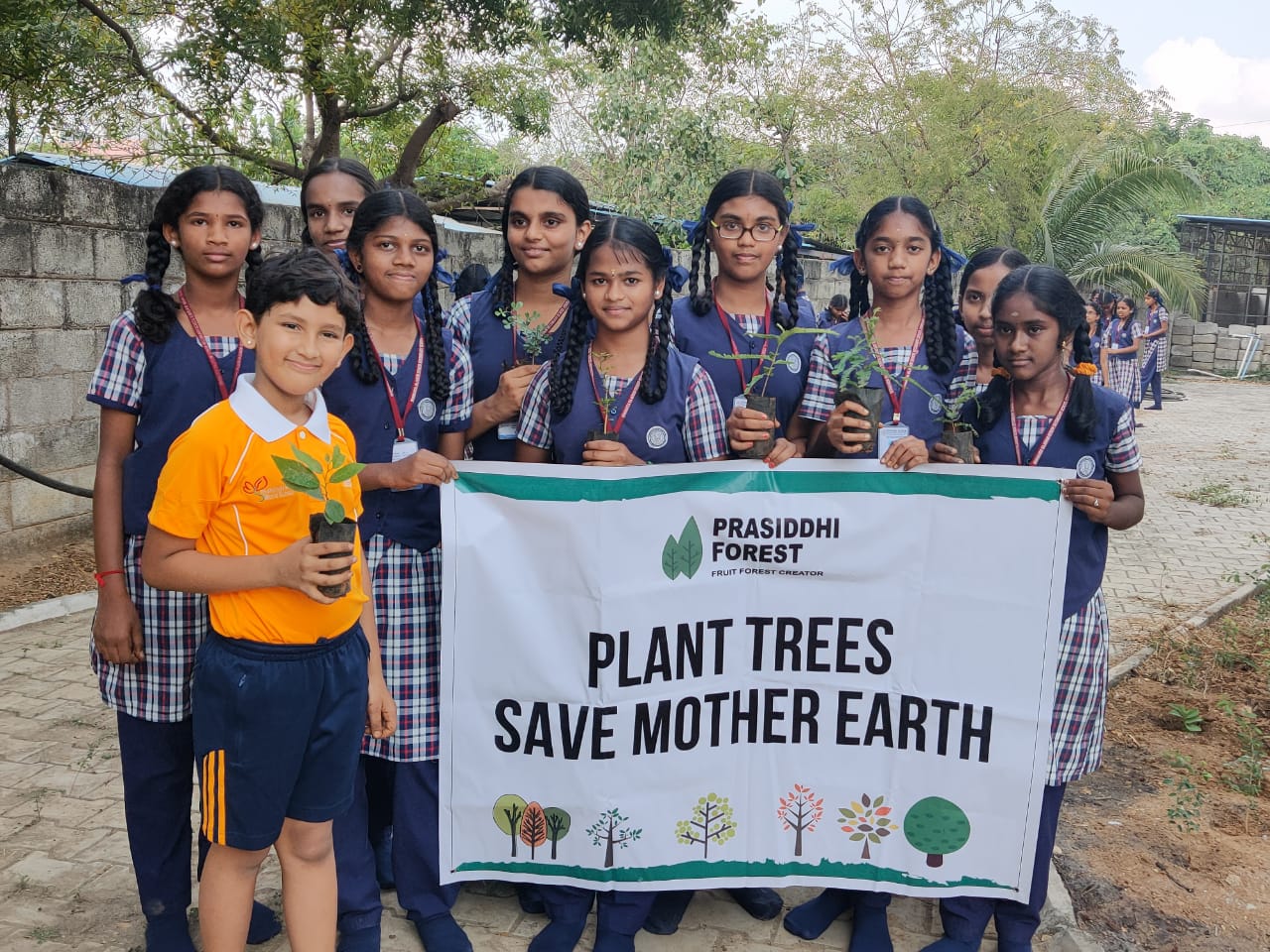 Chennai: Prasiddhi Singh, a class III student of Mahindra World School at Mahindra World City, Chennai, has been honoured with the Pradhan Mantri Rashtriya Bal Puraskar for her excellence in the field of Social Service. Prasiddhi is the youngest awardee and only child from Tamil Nadu state to receive this award under the category of Social Service. At the tender age of seven, Prasiddhi has already created 13 fruit forests across government schools, offices and public places and has planted over 13,500 fruit trees to feed birds, squirrels and provide fresh fruits to everyone. A recipient of multiple awards, Prasiddhi has also been featured in the India Book of Records as the youngest fruit forest creator in India.

Founder of the Prasiddhi Forest Foundation, Prasiddhi has galvanized 10,000+ ecowarriors who are working towards fulfilling the vision of making our planet greener. Prasiddhi aspires to create a clean, green and healthy earth through her “G3 project” – Generate your Oxygen, Grow your own Food and Gift the Community. She is on a mission to plant one lakh fruit trees.

Prasiddhi Singh said, “To receive such a high national honour has further motivated me to fulfill my aim of planting one lakh trees. I believe that these efforts will make a vital change to the country. I am grateful to my parents, teachers and my family of ecowarriors who made this possible. I hope this inspires many students across India to take up plantation drives and create a greener India.”

Dr. Suganthi Medasani, Principal of Mahindra World School, said, “Prasiddhi has had a miraculous journey and we are very proud of her achievements. She has a profound knowledge about plants and trees and understands the value of trees even at such a young age. At Mahindra World School, we have been extremely supportive of students who want to pursue their passion. Apart from academic development, environment and biodiversity awareness is one value that we inculcate among students and we are happy that our values are being followed by our students.”

Deeply committed to drive change, Prasiddhi has conducted over 20 global workshops, sessions and talks across schools, colleges and corporate offices. She has been a part of several biodiversity conservation initiatives like creating fruit forests, bird feeding & 3R plastic international workshops.

The Pradhan Mantri Rashtriya Bal Puraskar is India’s highest civilian honour bestowed upon exceptional achievers under the age of 18. In 2021, 32 children across the nation have been recognised for their outstanding accomplishments in the fields of innovation, scholastics, sports, arts and culture, social service and bravery.