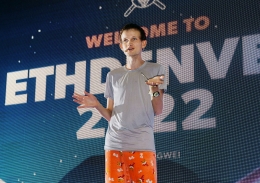 EPIWATCH development began in 2016 and is underpinned by extensive research and testing. It harnesses open-source data and uses artificial intelligence to create early warnings. The tool works by scanning millions of items of publicly available online data, such as social media and news reports, for early signals of epidemics. It uses vast amounts of data in real time, detecting changes to what is considered ‘normal’ reports about health concerns. This is much quicker than waiting for formal reporting through doctors and laboratories. EPIWATCH does not replace formal reporting, but allows earlier warnings of epidemics that can be formally investigated by health authorities.

The gift will allow the team at UNSW’s Kirby Institute, spearheaded by Prof. MacIntyre, head of the Biosecurity Research Program, to make EPIWATCH accessible to low- and middle-income countries.

“Imagine if someone had detected COVID-19 before it spread around the world – that is our vision,” said Prof. MacIntyre. “Using AI and real-time open-source data, EPIWATCH does not depend on people making reports. It is a great equaliser and can overcome weak health systems and censorship.”

The OSINT tool has been developed so far thanks to grants from the National Health and Medical Research Council (NHMRC) and Medical Research Future Fund (MRFF). The Shiba Inu OSINT Initiative will enable EPIWATCH to be used in low- and middle-income countries, where Prof. Macintyre says it is needed most.

“To be most effective, it needs to be accessible in local languages and used widely at the grassroots level down to villages and small towns around the world. This will give us the best prospect of preventing pandemics,” said Prof. MacIntyre.

Mr Buterin said: “The earlier we can detect new epidemics as they come, the more quickly we can start developing treatments or even stop them before they become large. Open analysis of public data is an excellent alternative to more intrusive forms of monitoring, which are also often only available to governments and other high bidders but closed to the public. By contrast, an open-source and open access approach that allows researchers, including members of the public, to work collaboratively across the world can be more easily improved and scaled to detect new pandemics wherever they begin.”

The gift from the Balvi Filantropic Fund is UNSW’s first crypto gift and is believed to be the largest crypto gift accepted by an Australian higher education institution. Mr Buterin has already made significant philanthropic contributions for social impact, including to improve the COVID response in India (India Crypto Relief Fund) and to support Ukrainian relief.

Professor Attila Brungs, Vice-Chancellor and President of UNSW Sydney said: “We are delighted to receive such generous support from the Balvi fund to establish the Shiba Inu OSINT initiative. We have seen the ravages of the COVID-19 pandemic around the world in the past two years.

“By making EPIWATCH accessible in lower-income countries, the Shiba Inu OSINT Initiative has the potential to avert future world crises like pandemics. It’s a powerful opportunity to drive meaningful social change and far better health outcomes, not just for the people in those countries but for everyone globally.”

University of Canterbury has allocated $1.5 million for new scholarships that will…