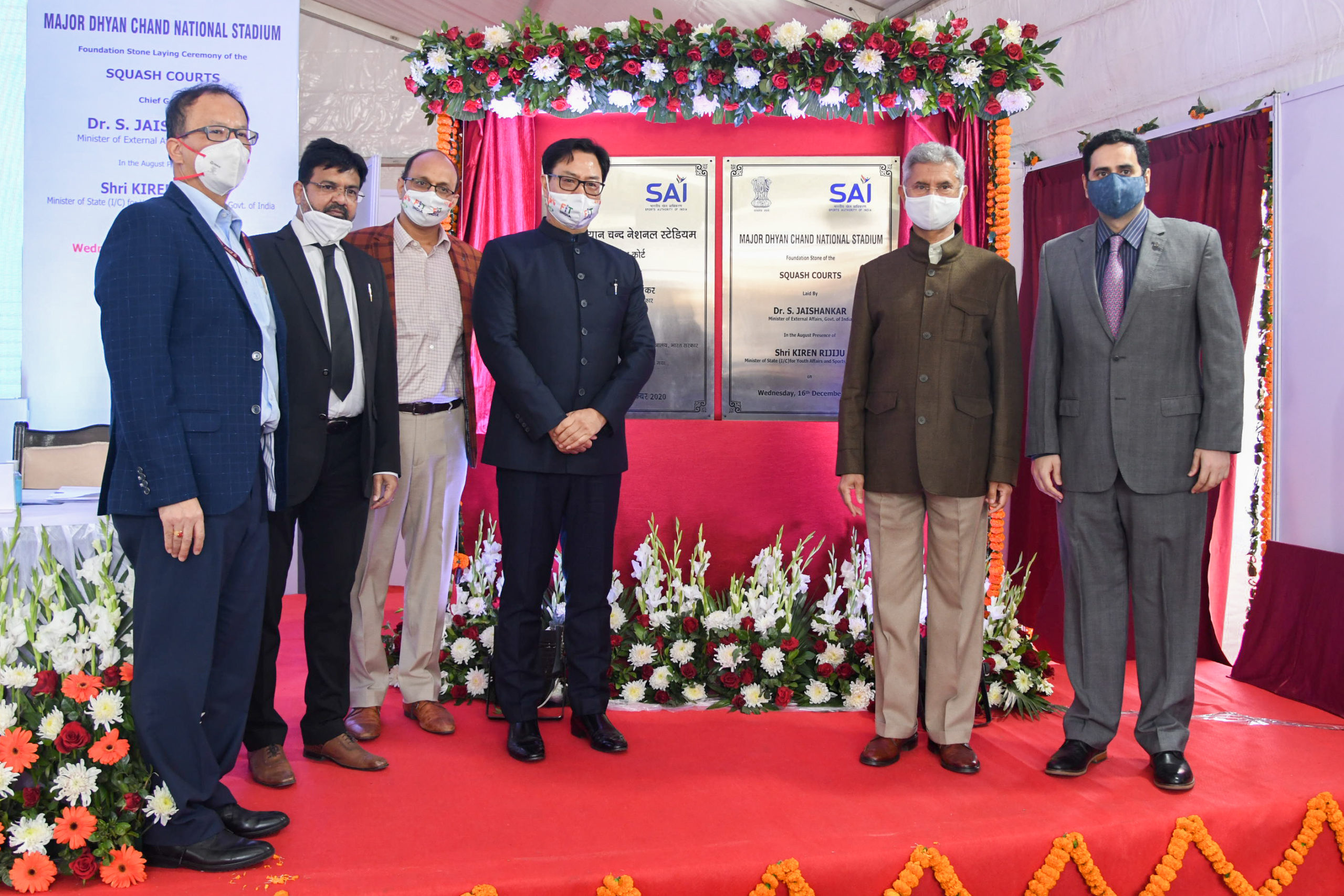 The Chief Guest, Dr. Shri S. Jaishankar who is himself a sports enthusiast and an avid squash player hailed the project and said he looks forward to coming and playing squash at the facility once it is ready. He said, “India has tremendous sporting talent, it has able and enthusiastic coaches who would give time to building that talent. What was missing was the place where the talent could meet the coaches. I am sure this will be a model facility and moreover a catalyst to see many more facilities come up. We have to democratise sport, it must not be a privilege. Most of the sports in which we have done well is because it has been democratised. I hope in the case of squash it is one step in that direction.”

The project has been sanctioned at a cost of Rs. 5.52 crores across an area of 750 square metres and has an estimated completion time of 6 months. The facility will have 6 single squash courts, of which 3 courts can be converted as doubles courts using movable walls.

Veddis Foundation renews its partnership with the Haryana…

Sports Minister Shri Kiren Rijiju said that this new facility is going to produce world champions. He said, “To have a space in the National Stadium itself has its own significance. To have a space in this complex will give an edge to that facility. This 6 court squash facility is not only going to be World-class but also a Centre of Excellence where we will be producing world champions and I am sure upcoming budding players will take maximum benefit of this centre. Our effort is that players should not have to look around for facilities, we will provide them the facilities.”

Squash has been one of India’s most successful sports at the Asian Games and Commonwealth Games, with the likes of Sourav Ghosal, Dipika Pallikal and Joshna Chinappa winning laurels for the country.

‘2020 has highlighted Resilience of People’ opine Experts at Amity University