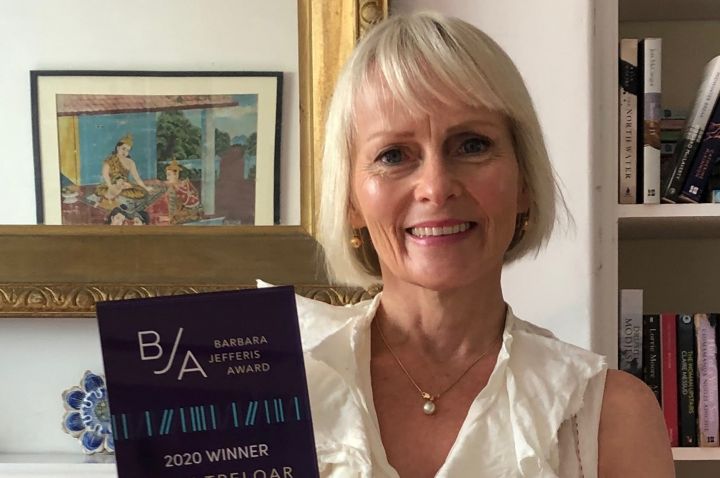 Ms Treloar wrote Wolfe Island – which is set on a sinking island, in a country riven by racial violence and social inequity – as the creative component of her PhD in creative writing at La Trobe.

Ms Treloar said the award affirmed the importance of women in literature as strong, central and empowered characters.

“There is sometimes a tendency to feel that the writing world has recognised the place of women in writing, and that equality has been achieved. Yet there is still a tendency for books about women to revolve around men, for books by women to be more popular and successful if they’re about men, and for men to be more willing to read books by and about men, though this is to some extent changing,” Ms Treloar said.

She said she wanted her book to show the fierceness, determination and complexity that she saw in so many women, and she was glad the judges were moved by Wolfe Island’s narrator, Kitty Hawke, and her world.

“A prize like this asserts and reasserts the truth that women matter, and always have, and that their lives are intrinsically interesting. Women exist at the centre of their own worlds, not on the periphery of men’s.”

La Trobe’s head of Creative Arts and English, Dr Catherine Padmore said: “We offer our warmest congratulations to Lucy on this success. Such recognition demonstrates the significance and quality of Lucy’s PhD project, which we are delighted to support through supervision within the English program.”

Olivia Lanchester, chief executive of the Australian Society of Authors, Trustees of the Barbara Jefferis Fund, congratulated Ms Treloar, saying: “Wolfe Island is an exceptional novel, and a powerful contribution to literature which foregrounds the lives and experiences of older women. We are honoured to be the Trustee of such an important award, and are grateful for the generosity of John Hinde who bequeathed the Fund in honour of his wife, Barbara Jefferis.”

The award’s judges Dr Robyn Sheahan-Bright, Dr Jeremy Fisher, and Barbara Horgan noted: “This brilliant novel demonstrates that catastrophes bring out the best and worst in people, and that lawless acts are sometimes necessary in order to save ourselves”; and “Lucy Treloar’s novel is of immense contemporary relevance about the redemptive power of female intuition, resistance and resilience”.

Wolfe Island is also shortlisted for the Prime Minister’s Literary Awards, due to be announced soon.