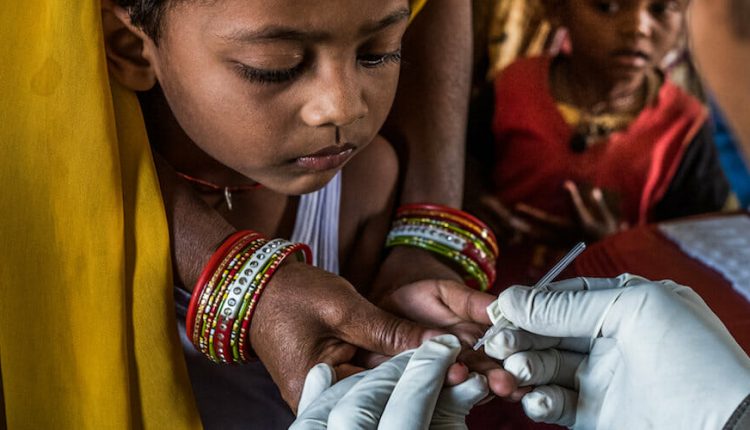 Malaria has been one of India’s long-standing public health problems. In India, Malaria threatens a population of around 1.26 billion and is responsible for an economic burden of about $1.9 billion. The honorable Prime Minister’s pledge to end malaria in India by 2030 has set in motion the country’s malaria elimination program. Accordingly, India launched its national strategic plan for malaria elimination in 2017, and the country has demonstrated tremendous progress by adhering to the plan.

Considering this, MNM India has been facilitating discussions through an ongoing Malaria Advocacy Campaign ‘India’s March Towards Malaria Elimination by 2030: Challenges, Opportunities, and The Way Forward’, which was launched on the World Mosquito day on 20th August 2021.

Through this campaign, MNM hopes to profile the agenda for the endgame strategic action plan 2022-2027, which will be crucial towards achieving zero indigenous transmission of malaria cases in India by 2027. Till now, the advocacy campaign has covered themes, such as ‘Estimating The True Disease Burden of Malaria in India’, ‘The Role of Surveillance in Achieving India’s Malaria Elimination Goals’, and ‘Integrated Vector Management: The Need for a Robust System to Achieve Malaria Elimination in India’.

Malaria No More India’s Science, Technology, and Innovation Conclave, a part of the ongoing advocacy campaign, focused on mapping research and innovation across industries to refine strategies and help in developing tailormade solutions to advance India’s Malaria endgame. The conclave featured sessions on malaria in India, research and development for Malaria elimination, industry perspectives and recommendations to help India meet its malaria elimination target. Stakeholders from the Ministry of Health & Family Welfare, World Health Organization, India Meteorological Department (IMD), Indian Council of Medical Research, National Centre for Vector Borne Disease Control, and industry were present at the conclave. The conclave was hosted at the India Habitat Centre, New Delhi.

Chairing the session on Malaria in India, Dr. P.K. Sen – Principal Advisor, Ministry of Health & Family Welfare said, “India has seen a decline from 2million cases in the beginning of the century to 0.2million in the recent years. The Malaria landscape is rapidly changing, the focus of malaria elimination in the country is currently towards use of existing tools, more reliance on existing technology and improved coverage of existing coverage measures. There is a need to leverage technology and innovation to move forward in our efforts to achieve malaria elimination”.

Dr. P.L. Joshi – Former Director, erstwhile NVBDCP (currently NCVBDC) said, “We cannot work in isolation to achieve our goals of malaria elimination, we need to work collaboratively with all stakeholders, Climate change and Malaria are very closely related, to address the rising issues of climate change influenced malaria we need close collaborations with the metrological department. The task ahead is to address the urgency of tracking all cases with efficient surveillance, for this we need to use information technology effectively supplemented with community engagement, quality control and capacity building”.

Kicking-off the Industry Round-table sprint, Dr. Chitra Gupta – Director – Healthcare, US-India Strategic Partnership Forum commented, “The US-India Strategic Partnership Forum (USISPF) is committed to support the Government of India’s National Framework for Malaria Elimination in India by 2030. Multi-sectoral collaboration, public-private-people partnerships and technology led solutions will pave the way forward for a robust malaria control programme, and we look forward to working with our partners like Malaria No More to achieve these goals together”.

Dr. Kaushik Sarkar, Director, IMACS, Director In-charge, Malaria No More India addressing the inaugural panel said “Malaria No More seeks to unleash the synergistic ability of the people and public sector interventions and investments to their fullest potential to achieve this chronic gain, riding on the near-term target of Malaria free India by 2027. I urge all stakeholders to come together to collectively solve a centuries old scourge in the next five years by connecting the dots”.