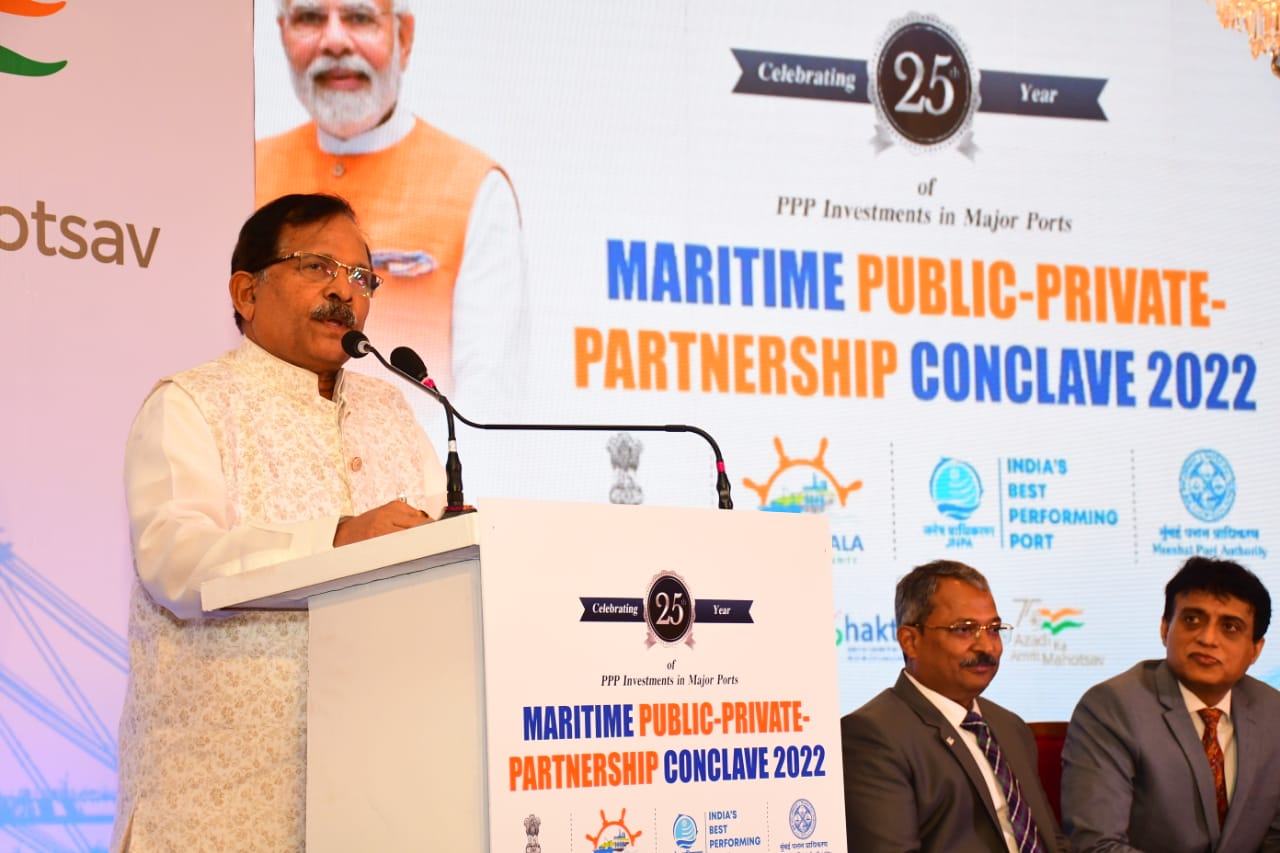 The PPP model of development was first introduced in the port sector in the mid-1990s. JNPA entered into the first agreement with the private player with Nhava-Sheva International Container Terminal in 1997. Since then PPP became the preferred mode of development.

Hon’ble Shri Shripad Naik, Minister of State for Ministry of Ports, Shipping and Waterways in his address highlighted how the PPP model has played a vital role in developing India’s port sector. He stated, “As we embark on a new era of economic resurgence, bolstered by port-led development, we look forward to streamlining initiatives to promote private participation. This conclave aims at highlighting major developments towards reshaping PPP measures in the Indian port sector as well as leveraging the immense potential these projects possess in the overall growth prospects of India’s trade. I urge all the maritime stakeholders to bring forward their views on the development of this model and the challenges faced in the sector”

Shri Sanjay Sethi, IAS, Chairman, JNPA, in his address stated, “The PPP model has augmented limited public sector capacities to meet the growing demand for infrastructure development. The infusion of the Public-Private Partnership model in the infrastructural development has enabled us to attain a higher economic growth trajectory. In the 25 years of execution of the Public-Private Partnership model, there has been advancement in functional efficiency, management practices, and capacity addition in the Indian Port sector.”