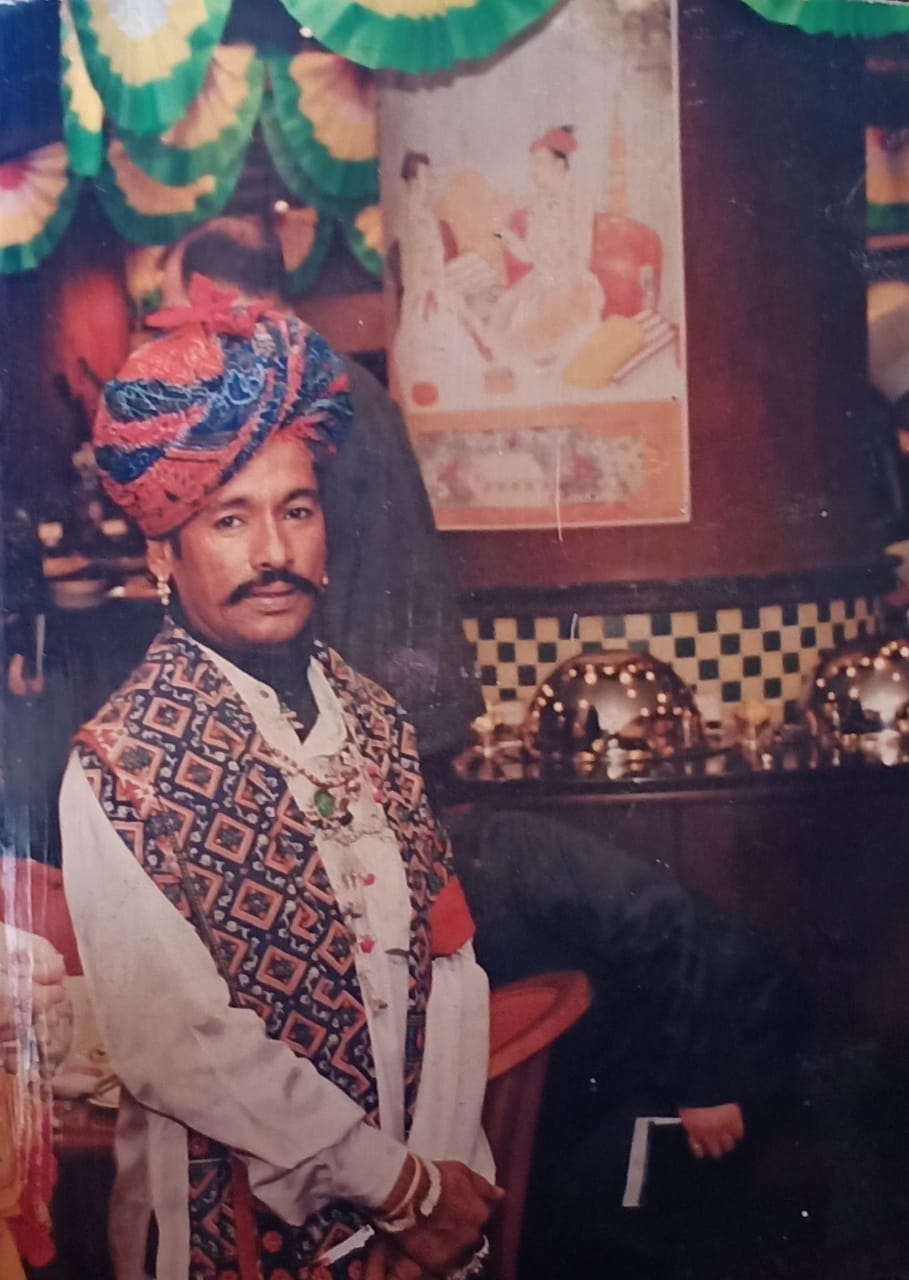 New Delhi: A unique and innovative social media campaign, titled “Maru Mani” (Jewels of Desert), was launched in New Delhi today for extending support to the celebrated folk musicians of desert districts of Rajasthan, who are struggling during the COVID-19 lockdown. The musicians were earlier engaging global audience with their impressive performances. The drive will continue for the next three months.
Following the outbreak of COVID-19 pandemic, folk artistes across Rajasthan put forth a demand for a regular income and incentives from the government and any other livelihood support. They have, though, started receiving the one-time assistance of Rs. 2,500 by the State Government through “Mukhyamantri Lok Kalakar Protsahan Yojana.”
Nek Mohammed, a celebrated internationally travelled folk musician from Langa community from Barmer, who recently composed a song “Der Hui, Koi Madad Na Aai, Din Dhalne ko Aayo Adhipati: Kam Na Dhandha, Vipda Aai, Khali Jhole, Kucch Na Kamai, Hum Na Darenge Milke Ladenge, Jeetenge Hum Ye Bhi Ladai”, said that the folk artistes must be given some kind of job/avenues to earn their livelihood.
Roughly translated into English, the song says: We have not received any support despite a prolonged crisis. We have no work to do, we have no earnings and our bags are empty. But we will not be afraid and will fight it out and emerge victorious.
Civil society organisations – Lok Samvad Sansthan, a Jaipur-based media advocacy organisation, Rupayan Sansthan, Jodhpur (Research partner), Appeejay Instititute of Mass Communication, Dwarka (Delhi), social media campaign partner, and UPES University, Dehradun as academic partner – have jointly come forward to address the needs and concerns of these traditional folk artists of desert districts of western Rajasthan through a grand digital social media campaign”Maru Mani”. The campaign’s objective is to create brand awareness and support financially through digital channels. This will be done through community mobilisation by creating a crowd funding platform.Former Judge of Rajasthan High Court Justice Vinod Shankar today initiated this campaign by donating Rs 11000/- .
Mr. Kalyan Singh Kothari, Secretary of Lok Samvad Sansthan, said here today that this unique combination of organizations will show the musicians how to create rich multimedia content with their art using a smartphone ,and leverage the power of platforms like YouTube, sound cloud, Instagram, Facebook, etc.
The Langas and Manganiyars are Muslim musicians who have traditionally performed for both Hindu Muslim patrons. Many of their songs are in praise of Hindu deities and celebrate the Hindu festivals such as Diwali and Holi. They also sing the poetry of South Asia’s great Sufi poets.
Commenting on the launch, Mr. Kalyan Singh Kothari, Founder of Lok Samvad Sansthan said, “Given the enormity of the task, our organisation wants to be engaged for empowerment on project basis for two years to provide support on a sustained basis to Langas and Manganiyars families of Rajasthan and to ensure the revival and preservation of the Folk treasure of Rajasthan.The Sansthan aims to improve the livelihoods of the folk artistes suffering amid this global crisis. Lok Samvad Sansthan is committed to organise concerts and tours for folk artistes globally where they may present the folk art in the fusion form. We stand together in the face of adversity and will come out of it together.”
As a Social Media Partner under the mentorship of Prof. Pijush Dutta, program Director, Apeejay Institute of Mass Communication, the students are consistently working for Lok Samvad Sansthan to preserve the heritage of Rajasthan Folk culture through their 360 degree Integrated marketing Communication campaign including platforms like Facebook, Instagram, LinkedIn, Twitter, Snapchat, Telegram. They are also creating a virtual online platform for more than 5 lacks Rajasthani folk and culture where they can showcase their art and culture keep social distance. Basic purpose of this social media campaign is to aware target audience and get crowdfunding for their livelihood.
The campaign has gone live from 1st of June and will be widely circulated on all the new age platforms from YouTube to Facebook, Instagram, Twitter and LinkedIn. To preserve the rich heritage music and dance forms of certain communities of Rajasthan and to give them proper living and recognition to their special art forms, Lok Samvad Sansthan wants to reach out to the masses for reconnecting them with the regional ragas.

MD students of JNMC, Aligarh Muslim University (AMU) won the Divisional round of the…

Northwestern University: New hope for an antibody to treat muscular…