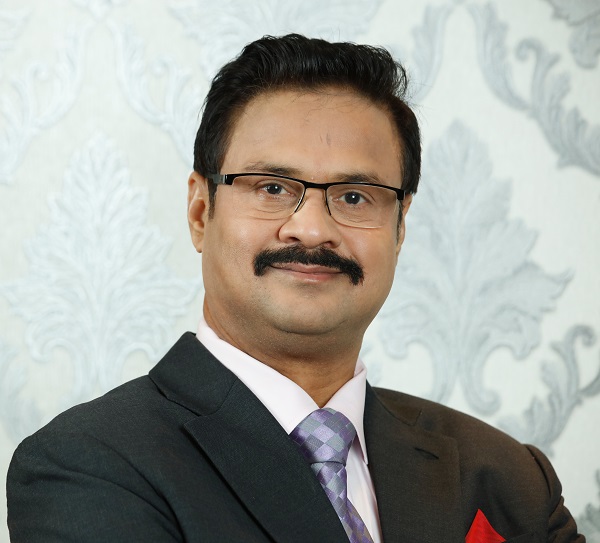 Dubai: Dr. Dhananjay Datar, CMD, Al Adil Trading Co. LLC has been named among the top ten Indian billionaires in the GCC region, by the world-renowned media house Arabian Business. Popularly known as the Masala King, Dr. Datar has been placed at the 8th position in the prestigious list titled ‘The Indian Billionaires Club’.

Dr. Dhananjay Datar, CMD, Al Adil Trading Co. LLC has been named among the top ten Indian billionaires in the GCC region, by the world-renowned media house Arabian Business. Popularly known as the Masala King, Dr. Datar has been placed at the 8th position in the prestigious list titled ‘The Indian Billionaires Club’. Last year he was on the 16th position. Throughout the year he has achieved remarkable business growth and expansion which has elevated him to the current position.

The success story of Masala King Dr. Dhananjay Datar is highly inspirational to every business-passionate mind. His childhood passed in poverty which taught him self-reliance, frugality and hard work. Despite having no entrepreneurial or sound financial background, he dreamt of owning a business when younger. He sold phenyl and instant mixes door-to-door in Mumbai’s suburbs and learned the art of selling. He started his business career as an intern in a small grocery shop started in Dubai. He used to do sweeping, cleaning and carrying heavy bags initially and gradually learned the management of shop under the wise tutelage of his father. With honesty, hard work and determination, he carved the world-famous business group Al Adil out of his tiny shop. Today his group encompasses a chain of 43 spacious superstores spread across Gulf Countries, 2 modern spice factories, 2 flour mills and an import-export company.

The rulers of UAE felicitated Dr. Datar with a prestigious award and the title Masala King, for his invaluable contribution to the business sector. He has been honoured with a number of national and international prestigious awards. Forbes Middle East, a world renowned business publication, has nominated him continuously in their list titled ‘Top Indian Leaders in The Arab World’ for many years.

Apart from business, Dr. Datar has been acclaimed for his philanthropic work. Recently he has extended his helping hand to the penniless Indians who are stranded in Dubai due to the pandemic and desperately waiting to return home. Dr. Datar has offered great help by sponsoring their air travel, conducting free COVID-19 tests and distributing food packets to the needy. As of now, Dr. Datar has organised the travel of over 3,000 such people including jobless workers, pregnant women, children, students and travellers.

The work will continue for the next couple of months as there are still more than 60,000 Indians from Maharashtra stranded in Dubai. Dr. Datar has spoken with the Maharashtra CM, Uddhav Thackeray, to accelerate the emergency evacuation and the later responded quickly. As a result, flights to Mumbai will be permitted soon. Dr. Datar has vowed to help as many people as possible so that they reach home and reunite with their families safely and happily.

WTC Chandigarh kick starts the economic cycle of the region