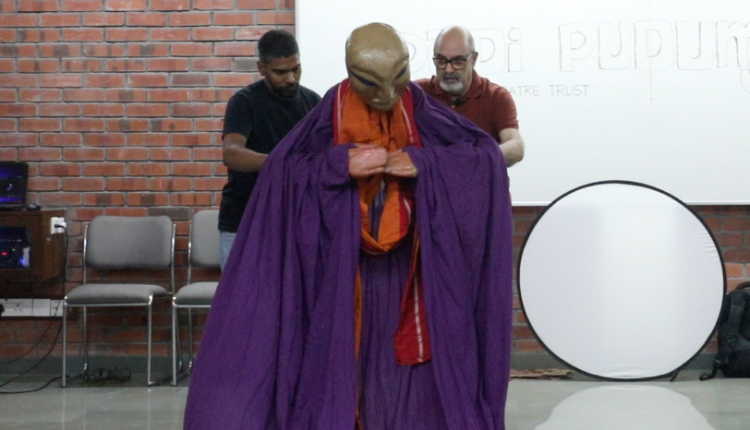 New Delhi : The Indian Institute of Art and Design held a masterclass with the honorable Shri Dadi Pudumjee, a Padma Shri awardee in the space of puppetry.

The Communication Design department of IIAD invited Dadi Pudumjees to give the students an insight into the advancements of puppetry in India . The session was put together by IIAD and The Ishara Puppet Theatre Trust, which aims at upgrading performance skills, creating opportunities of collaborations and putting puppet groups and puppeteers together both in India and abroad.

Dadi Pudumjee demonstrated the various forms of puppetry, such as shadow puppetry, hand puppetry, rod puppetry, among others. He talked about the materials used to make puppets and how Indian puppets are named after the materials they are made of, contrary to the western nomenclature where it is named after the method of puppeteering. He explained the evolution of Indian puppetry over the years. He also talked about how puppeteering can be a tool for storytelling, and in many ways, is a precursor to films.

Finally, he showcased some of his works, such as snippets of his production “When Land Became Water” and conducted live performances for the students and staff.

The session captivated the students and the faculty as one rarely gets the opportunity to behold a maestro such as Shree Dadi Pudumjee explaining his craft and life’s work.

Dadi Pudumjee is a frequent collaborator with IIAD faculty members such as Mr. Shaaz Ahmed, Associate Professor – Communication Design, and Gunjan Arora, Course Leader – MA Fashion Design, with whom he has worked on many occasions, including the popular Indian film “Haider” starring Shahid Kapoor.