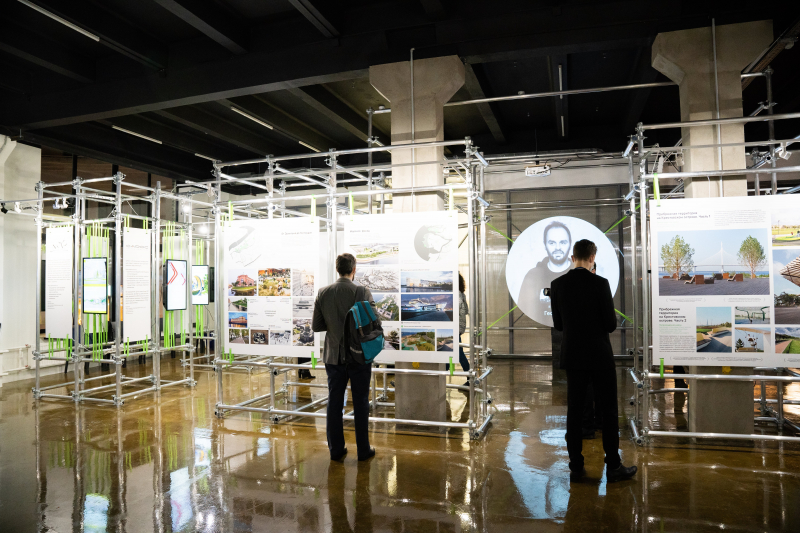 St. Petersburg is rightfully considered one of the most beautiful cities not only in Russia but also in the world. The development of the city, however, does not stand still – the urban environment must be constantly improved to keep up with the times.

Financial investments are essential but, alone, they are not sufficient to develop the urban environment in the right direction. What is just as important, if not more, is the availability of top-tier specialists and competency centers, which could set an urban agenda and engage residents in innovative projects.

Specifically for this purpose, a new Urbanoteka site is being created at the Lenpoligraphmash Center. The project is supported by ITMO University and aims to become a place of attraction for anyone wishing to participate in the development of the urban environment. The center’s official opening is scheduled for early 2021, and representatives of the city government already visited the site in late December.

“Our citizens are eager for new ideas and resources to make these ideas real. They are waiting for their wishes to be implemented in some way,” said Nikolai Bondarenko, the Vice-Governor of St. Petersburg, during his visit. “Today we evaluated the readiness of the project, went through all materials and everything featured at the stands, and discussed what it looks like and how it depicts the current state of urban beautification. The official opening will take place in January 2021.”

The Urban Environment Competency Center will be situated at Urbanoteka. Its founders are ITMO University, St. Petersburg State Forest Technical University, the Association of Smart Cities, and Lenpoligraphmash. The project is carried out within the framework of the Housing and Urban Environment national project. The key partner of the center will be the St. Petersburg Committee for Improvement, which will use this platform for promising projects and development strategies.

“The future of our city depends on collaboration with our residents, experts, and specialized committees, and we want it to be as comfortable as possible. This is the main mission of the new center,” notes Larisa Kanunnikova, Deputy Chairman of the Committee for the Improvement of St. Petersburg.

As planned by the organizers, the Urban Environment Competency Center should perform multiple functions. Firstly, it will help urban experts, sociologists, and urban planners join their effort and make St. Petersburg a comfortable, safe, and smart city.

Secondly, representatives of design studios, city authorities, and public organizations, as well as developers will be able to gather here and discuss the development of the city. And finally, it will engage the city’s residents in participatory design to voice their real needs and suggestions.

“The center will conduct thorough research, including mathematical modeling of a favorable and comfortable environment for residents,” says Vladimir Vasilyev, Rector of ITMO University. “It’s crucial for the researchers to draw on the opinions of the city’s residents but their implementation will involve small businesses and large companies that want to contribute or are already taking part in various urban projects. This center will become a communication platform for everyone, not just experts. Any resident of the city can participate in its events, too.”

The center plans to broaden its circle of partners for the implementation of projects and research. The opening will be marked by a strategic session on the short-term plans of the center.

In the meantime, there is an exhibition dedicated to the implementation of plans to create a comfortable urban environment and prospects for the coming years. It features the already implemented projects, as well as the concepts of large pedestrian zones in the downtown areas, which will connect popular attractions into a single urban space.

RUDN University is in the Top 50 of the QS University Rankings: Emerging Europe & Central Asia 2021