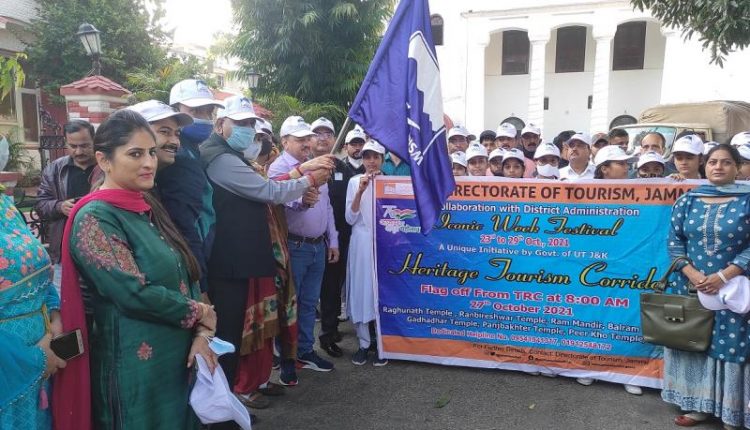 JAMMU : As a part of Iconic Week Festival being organised under the aegis of Azadi ka Amrit Mahotsav, the Department of Tourism, in collaboration with Divisional and District Administration Jammu, today organised a Walkthone involving students and youth to promote the Heritage tourism Corridor of City of Temples Jammu.

Mayor Jammu, Chander Mohan Gupta was the Chief Guest on the occasion, who flagged off the heritage tourism walk from Tourism Reception Centre Jammu.

Chander Mohan Gupta, while interacting with media persons, said that the administration is focusing on the promotion of Heritage tourism in Jammu and Kashmir. He said several initiatives have been taken by the government to promote all potential sites and areas of the region. He lauded the efforts of the Tourism department for organising a series of events to promote the tourism sector in J&K.