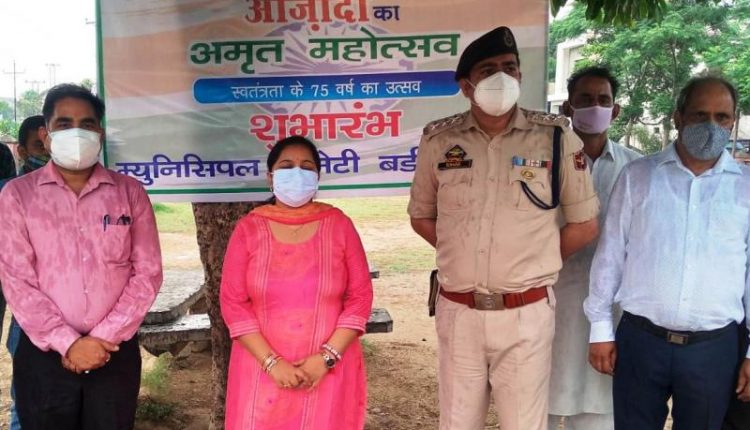 Municipal Committee, Bari Brahmana today launched a plantation drive in the Public Park situated at Ward no. 03 Bari Brahmana under the programme Azadi ka Amrut Mahotsav on the eve of completion of Seventy- five years of Independence of India.

The Executive Officer said that similar plantation drive shall be launched shortly in all the three Public Parks located in the Town and total target of plantation is around 3000 plants and also appealed to the citizens of Town as well as to the General Public for Plantation of more and more plants in and around their locality to help the Municipal Committee to keep the Town’s atmosphere better and purified environmentally.