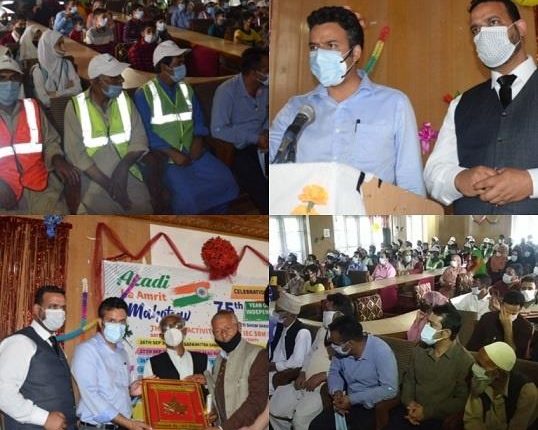 During the seminar, facilitation/parades for Sanitation workers/ Safaimitras and distribution of uniforms to Safaimitras were also held.

20 star performers in Waste Management and about 30 students from different schools were also awarded.

During this programme painting competition was also held at Town Hall Kulgam on “Clean India theme” in which 4 top performers were also awarded by the President Municipal Council Kulgam.

Earlier “Swachhta pledge” was taken by the employees of Municipal Council Kulgam within the premises of Town Hall Kulgam, and a special rally was organized by the Municipal staff in collaboration with different schools in the main market Kulgam.

The seminar was also attended by the Additional Deputy Commissioner Kulgam, DSP Head Quarters Kulgam and other dignitaries as well as Municipal councillors.