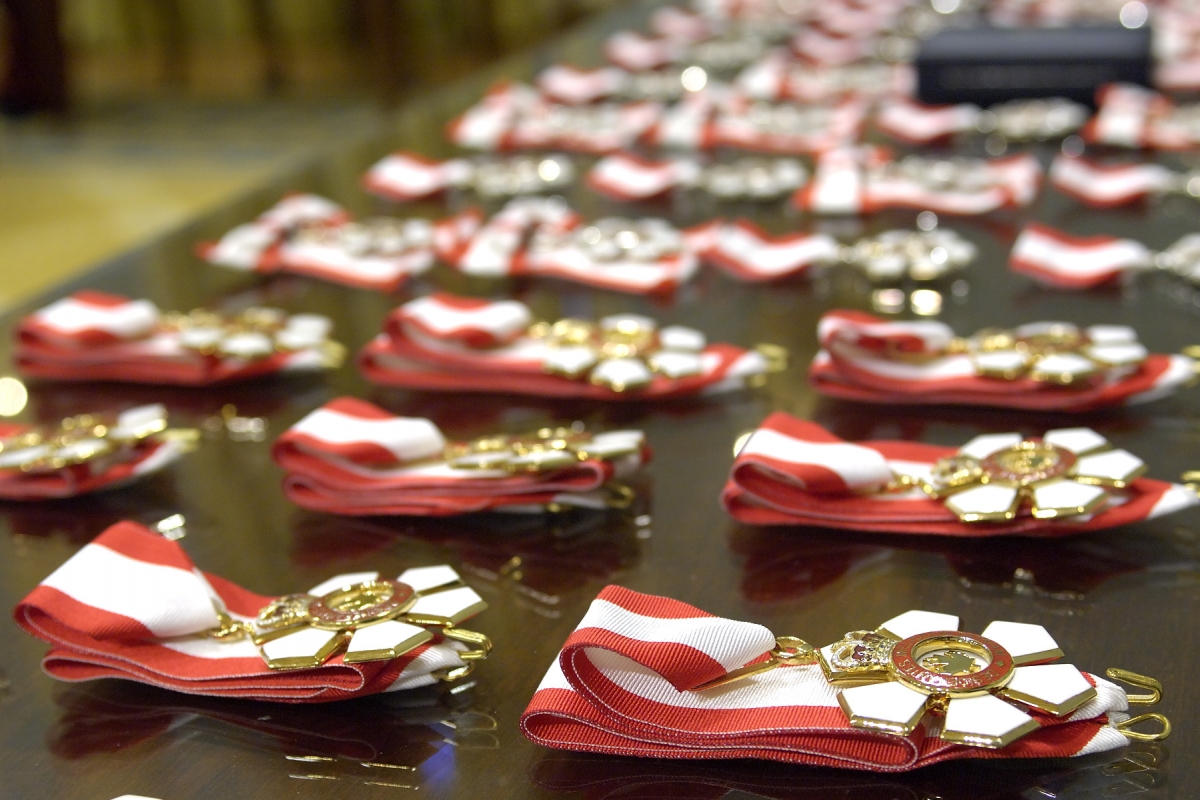 Yves Beauchamp is the Vice Principal, Administration and Finance, McGill University and the President of The Canadian Academy of Engineering. Prior thereto, he was Full Professor of Industrial Engineering, École de technologie supérieure (ÉTS). Professor Beauchamp was also Vice-Rector responsible for the development of the new Outremont campus of Université de Montréal and Director General (Rector) of ÉTS. Over the course of his career, Professor Beauchamp has received numerous awards and acknowledgements, including the Knight of the National Order of Québec, the Médaille de l’Assemblée Nationale of the Government of Québec, a recognition from the Order of Engineers of Québec for outstanding achievement in research and teaching, the Fellow of the Canadian Academy of Engineering and both Queen Elizabeth II Golden and Diamond Jubilee Medals.

Dr. Rouleau has directed The Neuro (Montreal Neurological Institute and Hospital) since 2013. He is also Chair of the department of Neurology and Neurosurgery at McGill University, Director of the department of Neuroscience at the McGill University Health Centre (MUHC), and Co-founder of the Tanenbaum Open Science Institute at The Neuro. For over 30 years, his research has focused on finding the genetic causes underlying disease so that more effective treatments can be developed. He has helped to identify many disease-causing genes and clarified the mechanisms of gene mutations. As a clinician, he treats patients with genetic diseases and brain disorders. More recently, he has promoted the principles of Open Science research as a means of eliminating barriers to data sharing and accelerating research discoveries.

Dr. Alice Benjamin has delivered over 10,000 babies, helping mothers whose pregnancies were deemed too high-risk. From football players’ wives to recent refugees, patients have praised the Montreal-based maternal-fetal medicine specialist for her instincts, serenity and commitment. That gratitude was evident in a patient-led global maternal and child health fund, which has raised $427,000 to date and will allow McGill students and residents to witness obstetrics in low-resource settings. Born in India, Dr. Benjamin came to Canada in 1971 after medical school and, in a series of firsts, established a high-risk obstetrics day centre in 1979 and, in 2001, delivered a baby whose cord blood stem cells were used for the mother’s successful bone-marrow transplant. This January, Dr. Benjamin will stop delivering babies but continue to see patients.

For the past 45 years, Elliot Lifson has been working in the Canadian apparel industry. He is President of the Canadian Apparel Federation (CAF); Member of the Board of Directors for Export Development Canada (EDC), Member of the Quebec Government Committee for Export Quebec, Member of the Board of Manufacturers and Exporters of Quebec (MEQ), and Past Chairman of the Board of the Montreal Board of Trade – of which he currently sits as an advisor. He is also a Professor at the Desautels Faculty of Management at McGill University and an Entrepreneur Coach at L’école D’entrepreneurship de Beauce. He sits on the board of many charitable institutions such as the Montreal Heart Institute Foundation and the Jewish General Hospital Foundation; he is also Chairman of the Board of the Segal Centre for Performing Arts.

Principal Fortier also offered her congratulations to all recipients, but particularly those who are McGill faculty members, former professors, friends and alumni.