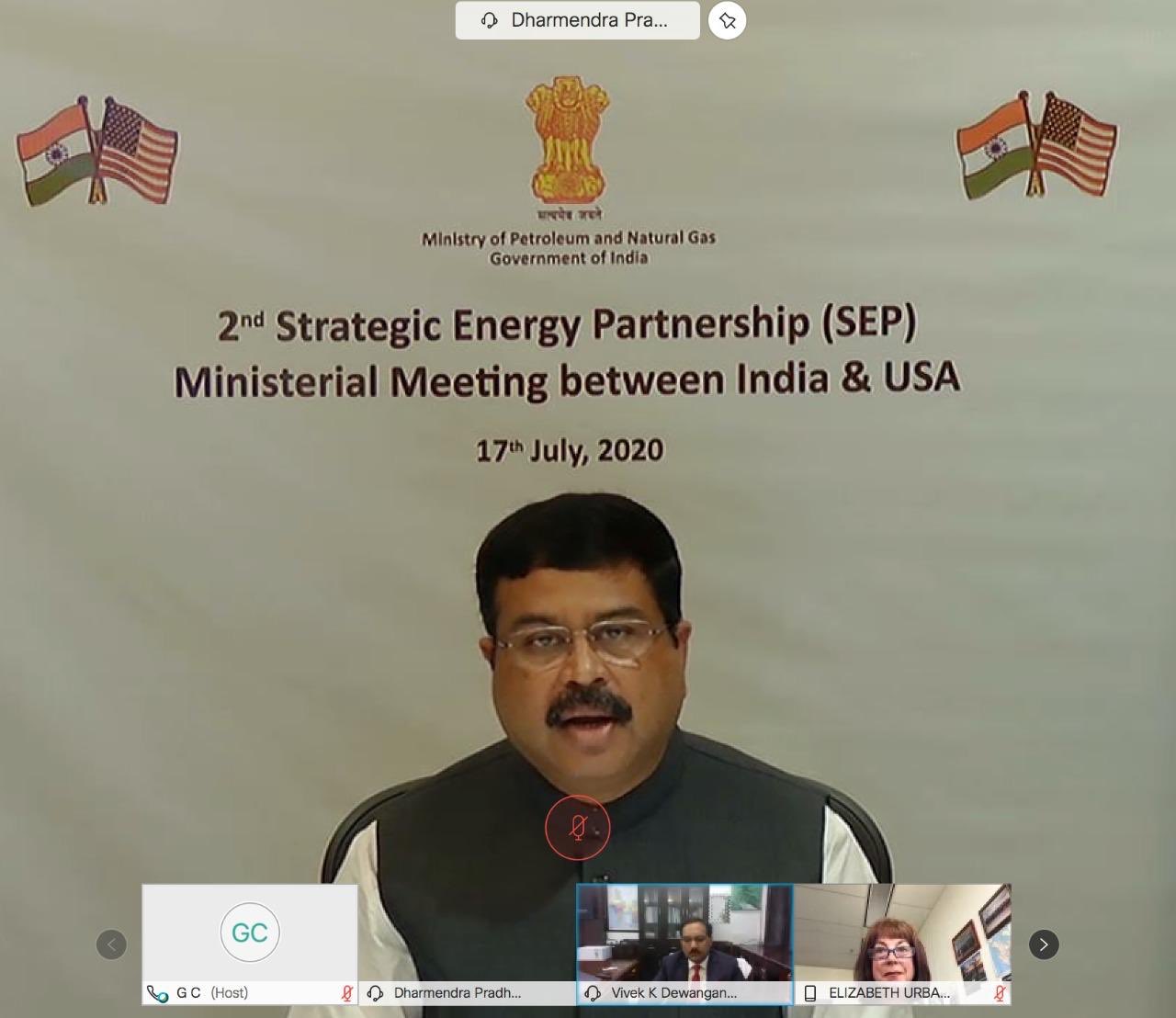 Both Secretary Brouillette and I, are satisfied with the progress under the four pillars of the Strategic Energy Partnership, and the India-US Partnership to Advance Clean Energy research (PACE).

Apart from fostering bilateral energy trade and investments, we are seeking to align energy cooperation with energy security, expand energy and innovation linkages across our respective energy sectors, facilitate increased industry and stakeholder engagement as well as institutions of excellence from both countries.

We are satisfied at the significant increase in bilateral energy trade in a short span of 3 years. The bilateral hydrocarbons trade alone has touched US$ 9.2 billion during 2019-20, accounting for 10% of the overall bilateral trade. We have also seen significant reduction in the trade deficit between the two countries. In fact, India is now the fourth largest export destination for US crude and 5th largest for US LNG. The trend is expected to continue with Indian companies entering into more long-term contracts going forward from this year.

Through the U.S.-India Natural Gas Task Force, Indian and U.S industry have forged new commercial partnerships on innovative projects and developed a series of policy and regulatory recommendations to support India’s vision of gas-based economy. Several MOUs between Indian and US companies have been incubated under this and have reached a stage of germination. The details of this are in the Joint Statement.

Several initiatives from RE sector including South Asia Group for Energy (SAGE) and a Hydrogen Task Force were launched.

We have agreed to collaborate in new areas including bio-energy, RE in agriculture and SMEs, high efficiency coal technologies with low-to-zero emissions through CCUS.

We also agreed to include “Women in Energy” as a cross-cutting theme across the four Pillars of the SEP. This theme will encourage women’s participation in energy governance structures as well as end users as reflected in India’s Ujjawalaprogramme.

In a short span of time, the Strategic Energy Partnership launched at the directive of Hon’ble Prime Minister Shri NarendraModiji and President Donald Trump is emerging as mutually beneficial, and also one of the most resilient pillars on which the overall India-US Strategic Partnership rests.

I have invited the US Government and US companies to join the Atmanirbhar Bharat Mission, which aims to transform India into a global manufacturing hub of the 21st century, particularly in the development of energy infrastructure.

While India has the market, the US has oil and gas reserves, potential for investments and related advance technologies. Our collaboration, I am confident, will be win-win for all.

A Joint Statement has been issued, which will be placed on the website and Ministry’s social media.

I thank Secretary Brouillette for his consistent support in further strengthening the India-US strategic energy partnership.”