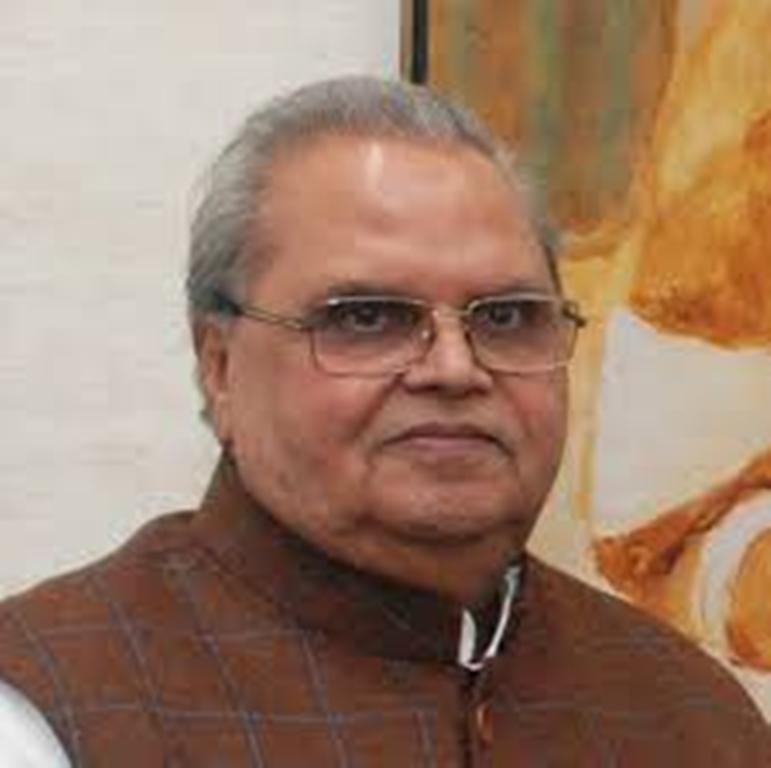 Aligarh: Former Union Minister and the current Governor of Meghalaya, Mr Satya Pal Malik who also served as the Governor of Jammu and Kashmir, Bihar and Goa will be the Chief Guest in the online Sir Syed Day commemorative function in the Aligarh Muslim University (AMU) on October 17 from 11 am to 1 pm.

Conforming to the Government of India Guidelines on social distancing, the 203rd birth anniversary celebrations of AMU founder, Sir Syed Ahmad Khan will be in the virtual mode. The Governor of Meghalaya will deliver his speech via video conferencing, and the entire event will be webcast for public viewing.

The Sir Day celebrations will be held online, keeping in mind the current Covid-19 situation; but the virtual programme will keep the aura and character of the celebrations and will be enthusiastically attended online.

The gala event will hopefully be conducted offline at the usual venue once the pandemic is over.

Mr Malik served as the Union Minister of State, Parliamentary Affairs and Tourism from April 21, 1990 to November 10, 1990 and since then he has held many important positions in Central and state governments.

He completed his BSc and LLB from Meerut University and also holds a Diploma in Parliamentary Affairs from Institute of Constitutional and Parliamentary Studies run by Parliament of India.

Governor Malik will be the Chief Guest of the online function, which will also feature the distribution of Sir Syed Excellence Awards 2020. Eminent historian and reputed author, Dr Gail Minault will receive the award in the international category, while Anjuman-I-Islam, Mumbai based educational conglomerate will be conferred with the award in the national category.

During the online celebrations, AMU Vice Chancellor, Professor Tariq Mansoor will deliver the welcome address and the Registrar, Mr Abdul Hamid (IPS) will read the citations for the awardees. The Innovation Council Awards will be conferred to the faculty members by the Vice Chancellor; while the Pro Vice Chancellor, Prof Zaheeruddin will give the Young Phd Scholar Awards.

The proceedings of the day will begin with a Quran Khwani (Quranic Recitation) and a floral tribute at the Mazaar (grave) of Sir Syed Ahmad Khan. The day-long virtual celebrations will also feature inaugural a virtual ‘Exhibition of Books and Photographs’ pertaining to Sir Syed Ahmad Khan at the Sir Syed House.

Multiple options for COVID 19 detection kits by start-ups on the cards through support of CAWACH Initiative of NSTEDB, DST