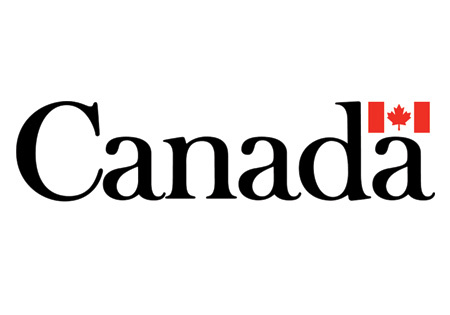 Members of the McGill community appointed to the Order of Canada

A pair of McGill leaders and two professors are among members of the University community who have been named to the Order of Canada, as announced earlier today, by Her Excellency the Right Honourable Julie Payette (BEng’86, DSc’03), Governor General of Canada.

“They desire a better country”
Since its founding in 1967, more than 7,000 people from across the country have been named to the Order, which recognizes Canadians who have distinguished themselves in their fields or contributed to making Canada a better country.

“Those who bear the order’s iconic snowflake insignia have changed our nation’s measure of success and, through the sum of their accomplishments, have helped us build a better Canada,” says a news release from the office of the Governor General. “They take to heart the Order’s motto: Desiderantes meliorem patriam (‘They desire a better country’).”

Yves Beauchamp (Member of the Order of Canada)
Order of Canada citation: For expanding the École de technologie supérieure and Montréal’s Quartier de l’innovation, and for his devotion to post-secondary education.

Yves Beauchamp is the Vice Principal, Administration and Finance, McGill University and the President of The Canadian Academy of Engineering. Over the course of his career, Beauchamp has received numerous awards and acknowledgements, including the Knight of the National Order of Québec, the Médaille de l’Assemblée Nationale of the Government of Québec, a recognition from the Order of Engineers of Québec for outstanding achievement in research and teaching, the Fellow of the Canadian Academy of Engineering and both Queen Elizabeth II Golden and Diamond Jubilee Medals.

With a long and distinguished career in higher education in Quebec, Beauchamp has a wealth of experience and expertise in academia, administration, government and institutional relations, and project development.

He served two terms as Director General of École de technologie supérieure (ÉTS), and was a member of the Department of Mechanical Engineering faculty. Under Beauchamp’s decade of leadership, ÉTS experienced extraordinary growth. It was during his tenure that ÉTS initiated the Quartier de l’innovation partnership with McGill.

Beauchamp was recruited by the Université de Montréal to lead a major development project – the new Site Outremont satellite campus and its Science and Engineering Complex. “It was huge – transforming the old railway yard into a new campus,” said Beauchamp in an interview with the Reporter in January 2020 “It is the largest university construction project ever in Canada. I like challenges, so I accepted.”

Beauchamp is now applying his expertise in complex, transformative development to McGill’s ambitious New Vic project, for which he serves as Executive Sponsor of the New Vic Project Office. The plan, still awaiting approval from the Quebec government, would convert the iconic Royal Victoria Hospital into cutting-edge centre of multidisciplinary education and sustainability research while also serving as a gateway to Mount Royal.

“This project is very rewarding because we are helping realize something unique,” said Beauchamp in an interview with the Reporter in September. “It is probably the most beautiful project in Montreal. Yes, there are lots of wonderful buildings being built, but we’re taking this incredible old castle and hospital and bringing it back to life for an important purpose.

“It’s a wonderful opportunity to transform McGill, Montreal and Quebec.”

Dr. Guy Rouleau (Officer of the Order of Canada)
OC citation: For his excellence in clinical care and research, and for championing open science principles in the neuroscience community.


Guy Rouleau
A pioneering clinician-scientist, Dr. Rouleu has dedicated his career to advancing research and clinical care for neurological patients and training the next generation of neuroscientists. He has made critical discoveries in the field of genetics and neurological disease, helping identify more than 30 genetic risk factors, novel mutation types and their effect on human health.

Dr. Rouleau’s work on mapping, isolating and characterizing the genes responsible for French-Canadian founder diseases have led to a dramatic reduction in the number of cases with some of these diseases due to carrier testing in the populations at highest risk.

Since joining The Neuro in 2013, Dr. Rouleau has spearheaded its Open Science initiative, which is breaking down barriers to medical discovery by encouraging the sharing of data and reagents across institutions. In order to understand the brain and discover new treatments and cures for patients, Dr. Rouleau believes scientists must take advantage of all the information and reagents being generated by the many different groups around the world.

Over the course of Dr. Rouleau’s career, he has received many prestigious distinctions, including the Prix du Québec – Wilder Penfield from the Government of Québec, and the Prix d’excellence of the Collège des médecins du Québec. In 2007, Dr. Rouleau was made an Officer of the Ordre national du Québec, and in 2016 he was named a Royal Society of Canada Fellow. In March, Dr. Rouleau was honoured by the Gairdner Foundation with its Canada Gairdner Wightman Award.

Dr. Alice Benjamin (Officer of the Order of Canada)
OC citation: For her contributions as a maternal-fetal medicine specialist dedicated to the advancement of obstetrics and the management of high-risk pregnancies.


Dr. Alice Benjamin with pictures of just a few of the thousands of children she’s helped bring into this world.Owen Egan / Joni Dufour
Over the course of her long and distinguished career as a maternal-fetal medicine specialist and Associate Professor of Obstetrics & Gynecology, Dr. Alice Benjamin has delivered tens of thousands of babies, inspired decades of McGill residents, and significantly reduced stillbirths and miscarriages in her high-risk patients.

In recognition of Dr. Benjamin’s commitment, a committee of former patients and their families launched a campaign in Dr. Benjamin’s honour via McGill Global Health Programs and the Department of Obstetrics & Gynecology. To date, the Dr. Alice Benjamin Fund has raised over $400,000. The Fund will send residents to underserved communities for an opportunity to witness maternal health care as it is practiced in low-resource settings. Later, it will bring doctors and nurses from low-resource areas to McGill for intensive training on such topics as resuscitation, advanced ultrasound and detection of fetal anomalies and their treatment.

Elliot Lifson (Member of the Order of Canada)
OC citation: For his leadership and mentorship in the apparel industry, for his commitment to Canada’s economic growth, and for his community involvement.

Lifson’s longstanding involvement with the Desautels Faculty of Management has made him a valued member of the McGill community. In 2016, Lifson, a graduate in Law from the Université de Montréal who earned his MBA from the University of Western Ontario, was awarded an Honorary Life Membership Award by the McGill Alumni Association

He serves as a member of the Desautels Faculty Advisory Board, as well as an Adjunct Professor of Strategy and Organization in the Faculty, where he is a popular lecturer who is well-known for going above and beyond for his students.

On top of the four active members of the University community, another eight members of the McGill family were appointed to the Order of Canada. They include:

Howard Alper (Companion of the Order of Canada)
OC citation: For his significant contributions to organometallic chemistry and for his internationally recognized leadership in science research and policy.

Howard Alper earned his PhD in Chemistry from McGill in 1967. Alper is currently chair of the Government of Canada’s Science, Technology, and Innovation Council; and Distinguished University Professor at the University of Ottawa. The basic research Alper has been pursuing encompasses organic and inorganic chemistry, with potential applications in the pharmaceutical, petrochemical and commodity chemical industries.

Ella Yoelli Amir, Member of the Order of Canada
OC citation: For her contributions to the field of mental health and for advocating on behalf of families and caregivers.

Ella Amir (MBA’79) has been Executive Director of AMI-Québec since 1990. Under her leadership the grassroots organization supporting families of the mentally ill through advocacy, education and guidance has become one of the principal resources in Quebec for families struggling to cope with mental illness. Chair of the Family Caregivers Advisory Committee for the Mental Health Commission of Canada from 2007 – 2012, Amir led the development of the Guidelines for caregivers support, a blueprint for a comprehensive system of care to support family caregivers across the country.

The Honourable Monique Bégin (Companion of the Order of Canada)
OC citation: For her lifelong contributions to public health, education and global human rights, and for consistently strengthening Canada’s international reputation in these fields.

In 1972, Monique Bégin became the first woman from Quebec to be elected to the House of Commons, winning three subsequent terms (1974, 1979, 1980). During her tenure as Minister of National Health and welfare from 1977 to 1984, Bégin helped renew the foundations of Canada’s health care system. Bégin taught at McGill from 1985–86.

The Honourable Joan Fraser (Member of the Order of Canada)
OC citation: For her trailblazing career as a journalist and for her commitment to minority language rights.

After earning a Bachelor of Arts in Modern Languages from McGill in 1965, Joan Fraser began her a long and illustrious career in journalism, culminating as editor-in-chief of the Montreal Gazette. In 1996, she accepted the position of director general of the Centre for Research and Information on Canada, a division of the Council for Canadian Unity. Fraser was appointed to the Senate of Canada on September 17, 1998, by the Rt. Honourable Jean Chrétien.

Linda Leith (Officer of the Order of Canada)
OC citation: For connecting the country’s Anglophone and Francophone communities, and for fostering creativity and intercultural understanding through a literary festival.

Linda Leith (BA’70) is a Montreal-based writer, editor and publisher. She is founder of the Blue Metropolis (also known as Blue Met) international literary festival held annually in Montreal since 1999. Blue Met is the world’s first multilingual literary festival. Leith also founded the Blue Metropolis Foundation, a non-profit organization dedicated to bringing people from different cultures together to share the pleasures of reading and writing.

Sarah Milroy (Member of the Order of Canada)
OC citation: For promoting Canadian art and artists through her roles as editor, publisher, critic and curator.

Sarah Milroy (BA’79) is a Toronto-based art critic, curator and writer, contributing widely to such publications as the Globe and Mail, Walrus, Canadian Art and Border Crossings. In 1991, she co-founded the Canadian Art Foundation, and she served as the editor and publisher of Canadian Art magazine from 1991 to 1996. From 2001 to 2010, Milroy was the staff critic of the Globe and Mail, covering major exhibitions and artists’ projects from all parts of Canada.

Anthony Robin Poole (Companion of the Order of Canada)
OC citation: For his contributions to medical education and for his breakthrough research on cartilage that has paved the way to the early detection of osteoarthritis.

Emeritus Professor Robin Poole joined McGill’s Department of Surgery in 1977, and was co-founder and Director of McGill’s Joint Diseases Laboratory working on arthritis. The successes of his research on the pathobiology of inflammatory and degenerative joint disease, focussing on cartilage degradation in health and disease, has led to numerous awards including a Lifetime Achievement Awards of the Osteoarthritis Research Society International and the International Cartilage Regeneration & Joint Society.

Marc Tessier-Lavigne (Officer of the Order of Canada)
OC citation: For his ground-breaking contributions to developmental neuroscience, and for his renowned academic leadership and strong advocacy for science.

A world leader in the study of brain development and repair, Dr. Tessier-Lavigne’s research has focused on the cause and treatment of degenerative brain diseases such as Alzheimer’s and Parkinson’s, as well as on therapies for spinal cord injuries. In 2016, Tessier-Lavigne (BSc’80, DSc’11) became Stanford University’s 11th president.

Uppsala University: Strong bonding – a long-term commitment or many brief…

Eindhoven University of Technology: Solving traffic congestion with the help of math