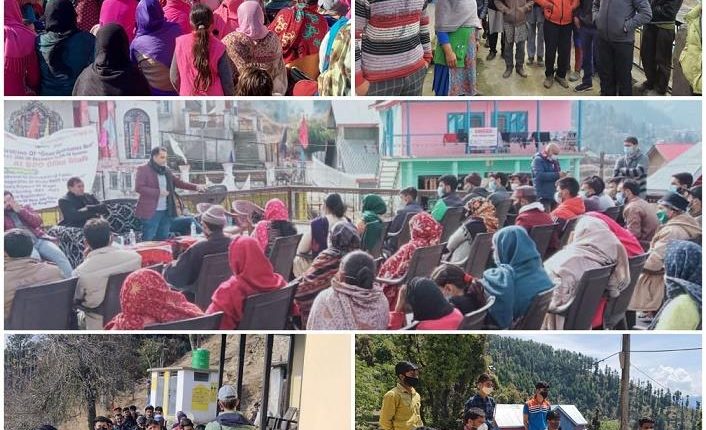 DODA : Mentor Secretaries and Youth Clubs have formed a great team to anchor the transformation of Rural Doda district.

With the launch of the unique and ambitious initiative of UT administration the ‘Mission Youth’, District Administration Doda constituted 237 Youth Clubs District, one for each panchayat.

The Mission Youth envisages providing a platform to the unemployed educated youth to understand and respond to their aspirations and concerns.

To broaden the sphere of impact of the imitative, District Administration Doda took the lead in appointing a dedicated officer of Gazetted cadre to act as the Mentor Secretary of the Youth Club, who shall act as a bridge between Administration and Youth Clubs.

The District Doda became the first district in the UT to implement the noble initiative which was widely appreciated and now other districts are also replicating the idea.

The move brought about great success as the figures jumped from nowhere to a satisfactory level. Around 550 young people male and female across the district came forward and applied for availing the benefits of the self employment schemes.

Under Mission Youth’s Tejaswini and MUMKIN schemes, many young females and males are actively seeking the opportunity to take maximum benefits. Till date around 192 cases have been approved under MUMKIN and 56 vehicles have been provided to young beneficiaries.

Under TEJASWINI, 178 cases have been approved and are at different stages of implementation.

iednewsdesk Jan 21, 2022
A landmark Net Zero Strategy setting out how the UK will unlock £90 billion of investment as the country looks to…