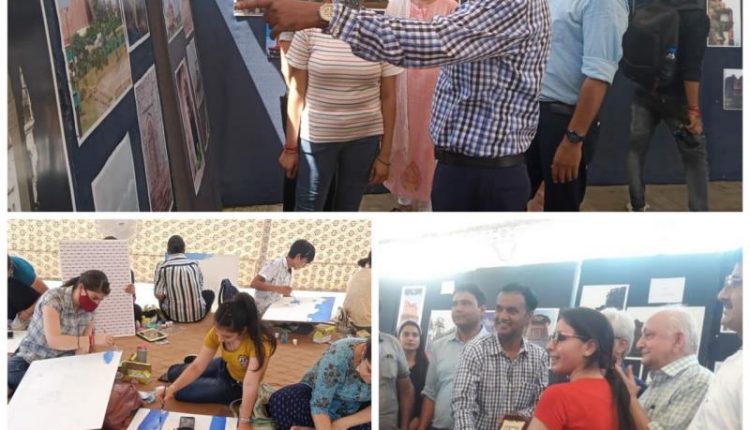 In the photo exhibition many photographers of Jammu Division displayed their collection of Photographs depicting heritage and scenic spots.

The theme of the painting competition was based on the ancient heritage of Jammu and Kashmir. The venue for the world photography day was specially chosen with the aim to highlight the Border Tourism of Jammu and bring it on the Tourism Map of India.

The Directorate of Tourism, Jammu has organized many programs at the Border in the recent past.

JK IMPARD, NCGG to collaborate for DARPG training of fresh…

While talking to media, the Director Tourism, Jammu said that Directorate has planned a series of seven treks in 07 districts of Jammu Division, Monsoon Festival at Patnitop, Water sports Festival at Ranjit Sagar Dam, Basholi and Kite festival on 28th of August, 2021 to take the Tourism of Jammu Division at the next level,. The Director Tourism informed the media that the role of BSF personnel deployed at the post was highly appreciable in making the World Photography day event successful.

Among the photographers Vaneeka stood first and Janvi and Reet were adjudged as second and third winners.

After the competition the participants were taken to zero line of the Border between India and Pakistan.

It is pertinent to mention here that Octoroi Border Post is the only post of the entire boundary of the area where visitors can go upto zero line. It is noteworthy to mention here that the Tourism Department has established a lot of infrastructure at the border post for facilitation of visitors to the Border.

Advisor Khan chairs the 29th AGM of WDC; Asks the corp to meet the expectations of the women of J&K

University of California Irvine: UCI to host commencement ceremony at…