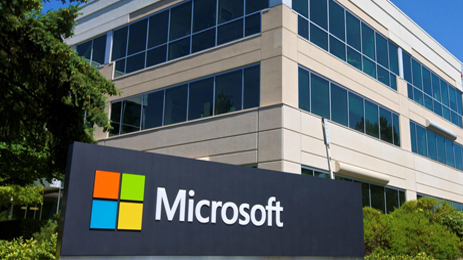 New Delhi: Microsoft has announced that its Power Automate Desktop solution will be generally available to Windows 10 users in India at no additional cost. Power Automate Desktop for Windows 10 is a new low-code, Robotic Process Automate (RPA) application that empowers businesses to automate repetitive and manual tasks and focus on higher-value work to achieve more. An easy to use application, it enables both coders and non-coders alike to optimize their workflows – from simple data transfers to complex business processes. The solution is part of the Microsoft Power Automate Service.

In a dynamic business environment, organizations are looking for ways to be more productive and drive faster time to value while delivering more strategic and innovative thinking. Repetitive tasks, when managed manually, consume the finite hours in each workday and impact the productivity of employees and organizations. By bringing RPA to Windows 10 users, businesses can empower their knowledge-workers to focus on strategic tasks to deliver higher value to customers. Power Automate Desktop for Windows 10 can also minimize human errors, simplify workflows, reduce maintenance effort and cost, and improve scalability while ensuring security.

Commenting on the announcement, Praveen Mellacheruvu, Business Lead – Business Applications, Microsoft India, said, “In the new dynamic and competitive remote reality, democratization of technology is a major focus of Microsoft to increase productivity of organizations and individuals. With Power Automate Desktop for Windows 10, we are making it possible to automate processes in a logical, clear, simple way without the need to write a single line of code. By bringing robotic process automation to Windows 10, everyone across an organization can collectively focus on work that makes a difference for the bottom line.”

The RPA capabilities of Power Automate Desktop for Windows 10 streamline workflows across modern and legacy applications on desktop by recording actions such as mouse and keyboard clicks. It records repetitive actions from desktop across multiple applications such as SharePoint, Microsoft Excel, Microsoft Outlook, and many third-party applications—as well as websites, and then lets users replay the automation whenever needed. With the solution, users can also automate collection of data across multiple sources—such as a database, webpages, Excel files, PDFs, and more—to auto generate a report based on requirements.

To enable customers to leverage the capabilities of Power Automate Desktop for Windows 10, Microsoft offers the Attended RPA plan. The solution enables automation across the organization making it easier to share and collaborate across flows and access more than 400 built-in connectors through cloud flows. Democratization of RPA is further facilitated by identification of bottlenecks in business processes with process advisor (preview), extraction of data from documents in AI Builder, and management and control of flows with centralized governance.

Microsoft first introduced RPA in Power Automate at Microsoft Ignite in 2019 and has seen tremendous growth with hundreds of thousands of organizations using Power Automate and taking billions of actions each month. Windows 10 users can harness the power of low-code RPA by downloading Power Automate Desktop on March 2, and it will be included in Windows Insider Preview builds in the coming weeks.