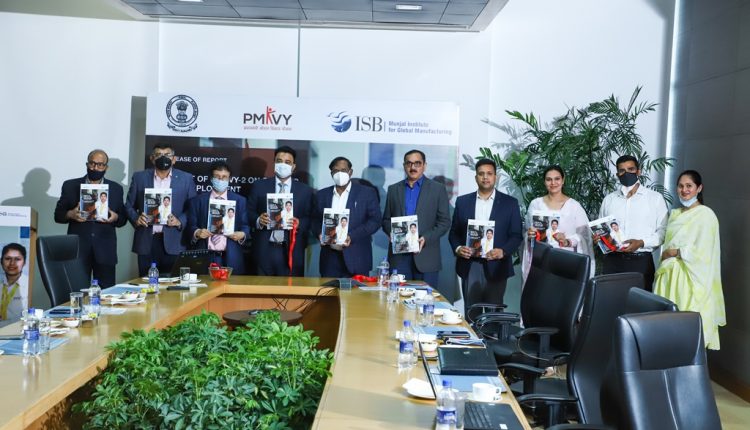 The strategic research study has been jointly conducted by Punjab Skill Development Mission, Government of Punjab, and ISBs Munjal Institute for Global Manufacturing. It highlights the on-ground impact of skilling initiatives driven by the central government and the state government in Punjab under Pradhan Mantri Kaushal Vikas Yojana 2 (PMKVY 2).

Addressing the event virtually Shri Channi said, ‘Skilling of the workforce is a crucial pillar for the success of the Indian economy and the Government has taken many initiatives to take it to the next level. The Pradhan Mantri Kaushal Vikas Yojana is one such initiative that can transform the Indian economy. The Government of Punjab and the Indian School of Business have come up with a joint report that studies the impact of PMKVY on skilling and employment. It is a very timely report that comprehensively brings out the effectiveness of PMKVY at the state level. I wish them all the best.’

Presenting the significant finding of the reports Professor Chandan Chowdhury, Executive Director, Munjal Institute for Global Manufacturing, said, “The study shows that the CSSM scheme has been more impactful through the State Skill Development Mission (SSDM) and their robust skilling ecosystem within districts. We are sure that the comparative analysis of both components will give a deep insight into the efficiency of implementing a program by the Centre and State Governments.” He also added that based on the CSSM and CSCM ‘schemes’ comparative analysis, we recommend increasing the share of funds allocation for the CSSM component.

The research team consisting of Professor Chandan Chowdhury, ISB, Dr. Sandeep Singh Kaura, Parvinder Kaur, Project Coordinator, PMKVY, and Arunima Paul ISB conducted a detailed study to analyze the difference in the PMKVY skilling program outcomes between the Centrally Sponsored Centrally Managed (CSCM) and Centrally Sponsored and State Managed (CSSM) training program in the state of Punjab with a dataset of 167,792 records for the CSCM and 22,494 records for the CSSM program. The report analyzed the impact of skilling on employment from different dimensions such as Certification effect on jobs and salary, employment status of trainees after completion through skilling in CSCM and CSSM schemes, placement performance of males and female candidates, monthly wages of trainees after going through skilling programs in CSCM and CSSM schemes, the salary of candidates at different educational level after going through a training program and salary disparity in males and female candidates in CSCM and CSSM schemes. The team also analyzed records of 44966 candidates of CSSM programme to understand the impact of COVID-19 on the skilling initiatives in Punjab.

The event culminated with a vote of thanks by Dr. Sandeep Singh Kaura, PhD Scholar, ISB, Adviser to Government of Punjab, Skill Development & Technical Education.