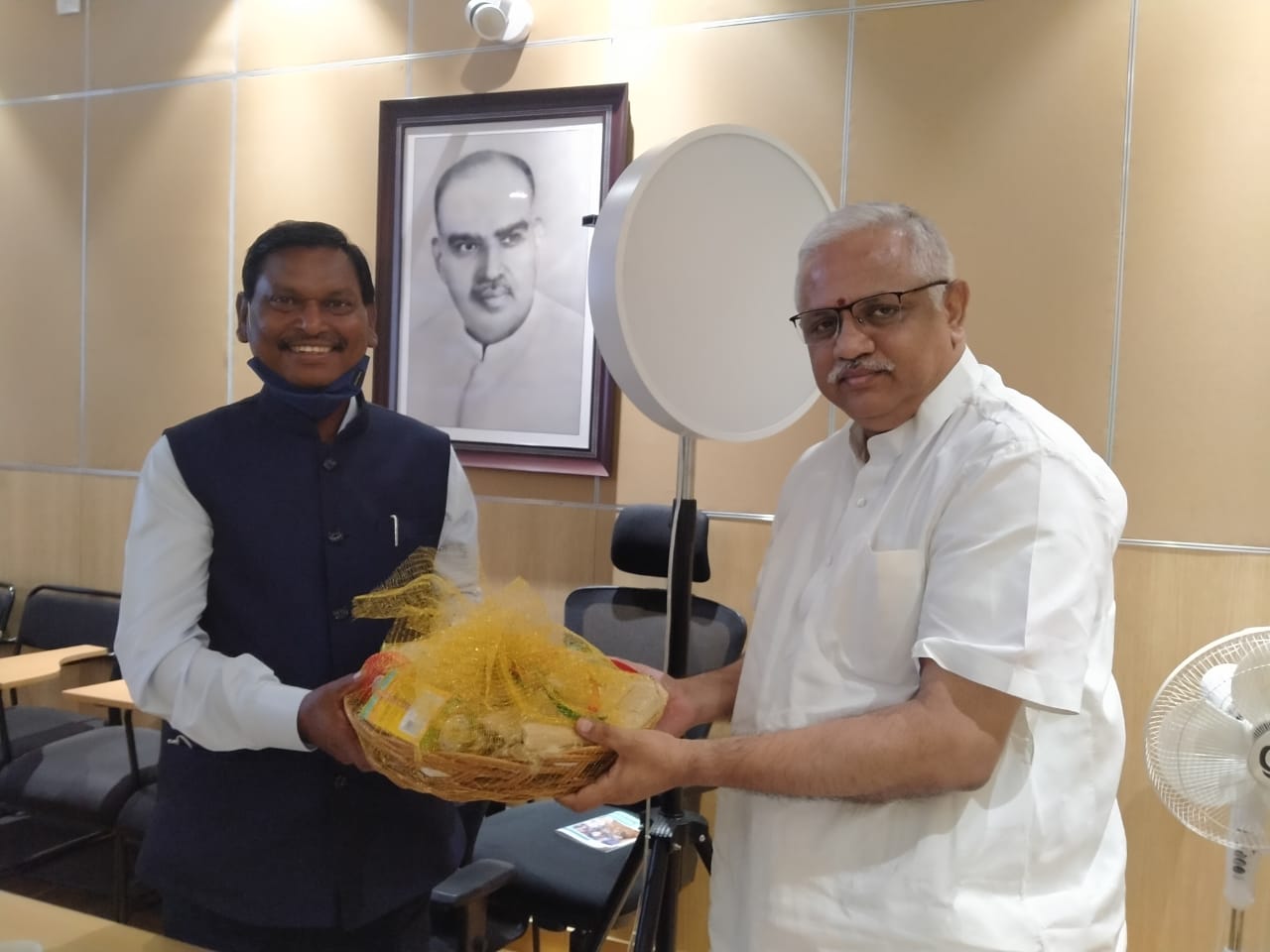 New Delhi: The Minister for Tribal Affairs Sh. Arjun Munda will inaugurate tomorrow the two day National Tribal Research Conclave to be held virtually on 3rd and 4th September, 2020. The Conclave has been organized by Ministry of Tribal Affairs and Indian Institute of Public Administration(IIPA). The Minister of State for Tribal Affairs, Smt Renuka Singh Saruta will also address the participants at the conclave. This is the second workshop of its kind. The first such workshop was organized in January 2020.

IIPA is working on Tribal Talent Pool and on Strengthening of TRIs in partnership with Ministry of Tribal Affairs. The 2 days review workshop to be Chaired by Shri Arjun Munda will review the progress on the outcome of various projects being implemented under different partnerships and the best practices to be show cased to all stakeholders. Ten research partners will be sharing their projects in this conclave. The road map of National Tribal Research Institutes will also be shared. MoTA is also coming up with NTRI in collaboration with IIPA.

Ministry of Tribal affairs is funding 24 TRIs for research under Grant to TRIs and is engaged in quality research in collaboration with reputed Government and Non Government Organizations spread over the country. These partner organizations are designated as Centres of Excellence. MoTA along with such partner organisations designs workable models which provide end to end solution, like problem identification, finding solution and execution of the project as part of Action research which can be implemented by policy initiatives. The themes are Health, Livelihood, Education, digitalisation, water conservation, data sciences and development models for aspiration and model villages.

Centre for Excellence for Data Analytics (CEDA) is analysing tribal data for various schemes and has developed “Performance and Monitoring Dashboard” (dashboard.tribal.gov.in) which was recently launched by Sh Amitabh Kant, CEO NITI Aayog and Sh. Ramesh Chand, Member NITI Aayog. Bharat Rural Livelihood Foundation, an autonomous organisation under RD Ministry is working on gradation of NGOs and improving monitoring for NGO projects. Piramal Foundation is working for creation of a consolidated health and nutrition data repository for tribal population and for providing data analytics support to facilitate evidence-based policy making and implementation strategies, and has helped MoTA launch Swasthya portal (swasthya.tribal.gov.in). TERI is engaged with MoTA on developing an economical model for Community Rights under Forest right Act. IIT Delhi has been given a project for development of a Data driven framework by using Data analytics to identify the villages that are having maximum socio-economic gaps, so that data drive planning can be made. Likewise NIT Rourkela, Indian Institute of Forest management, NIRTH, JNU, Jamia Milia Islamia, Bhasa, BAIF, FICCI, Assocham are working on livelihood and Health projects in MP, Gujrat, Maharashtra, Jharkhand and other States. Many other Civil Societies and Corporates have offered partnership with MoTA to work together for welfare of tribal in areas of Livelihood, Education, Health, Water Conservation, Organic Farming, Skill Developement, Tribal Culture & Festivals and are keen to become part of “Affirmative Action.

MoTA has taken unique initiative in solving water problems and Livelihood problems of the tribal areas. Action Research project has been given to SECMOL-LADAKH, wherein they would establish Ice stupa in 50 villages and which will solve problem of drinking water and water required for agriculture. SECMOL will also plant trees through community participation. UNDP is working on 1000 springs project with community participation to revive drying streams (https://thespringsportal.org/).

Himmotthan Society, Uttarakhand, which is managed by Tata Foundation has been given project on sheep rearing, Packaging of Apricot and Peas as these are perishable items and locals do not get remunerative price for their products.

Tribal Healers and Tribal medicines: Tribals have vast traditional knowledge of treating diseases with locally available medicinal plants. In order to protect this knowledge, which is fast vanishing, Patanjali Research Institute has been given pilot project for research on Tribal Healers and Medicinal Plants in Uttarakhand. Similar projects have been given to AIIMS-Jodhpur, Parvara Institute of Medical Science and Mata Amritamai Institute for Rajasthan, Maharashtra and Kerala.

Through CII, FICCI, Assocham many Corporates and NGOs have also shown interest to support and act as mentor for such talent and offered to give Internships to interested Scholars. Many Civil Societies and Corporates have also offered partnership with MoTA to work together for welfare of tribal in areas of Livelihood, Talent pool, Tribal healers, Tribal Culture & Festivals and are keen to become part of “Affirmative Action”. Philips India has offered scholarship to 30 medical students who could not be accommodated under the Top Class Scholarship scheme of MoTA. GOAL (Going Online As Leaders) is also one such initiative of Facebook, which is funded by Facebook and various organisations working with MoTA are the Institutional partners in this project.

iednewsdesk Jul 30, 2021
A favorite with students, excellent job opportunities for graduates and outstanding quality of life: In the…

Tomsk State University: TSU has patented a device for rehabilitating…