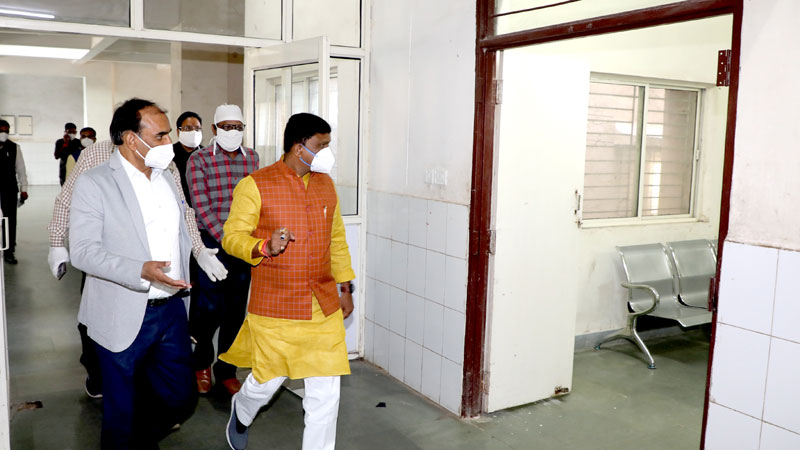 Minister of State Shri Kavre said that people’s faith has been awakened not only in the state but also in the country and abroad. In the Corona period, people have also become aware of food habits and routine. He said that by adopting AYUSH system, people have achieved better results in health. Shri Kavre held discussions with doctors and professors present and listened to their problems and demands and assured to ensure that the procedure of redressal begins soon.

Shri Kavre told to make the institution better by following hard work and discipline. He met and held discussion with the staff during the inspection at the Homeopathic Hospital. Shri Kavre issued instructions to pay attention to the cleanliness arrangements in the premises and to organize and equip the available garden. Along with this, he issued instructions to put up a chart of duty timing of doctors on the notice board along with their mobile numbers. He also inspected the physiotherapy centre.

IQAC, CUO organizes webinar on ‘Relevance of Folklore in the Present Context’

India Education Diary Bureau Admin Jun 19, 2021
Sunabeda: A webinar on ‘Relevance of Folklore in the Present Context’ was organized by the Internal Quality…