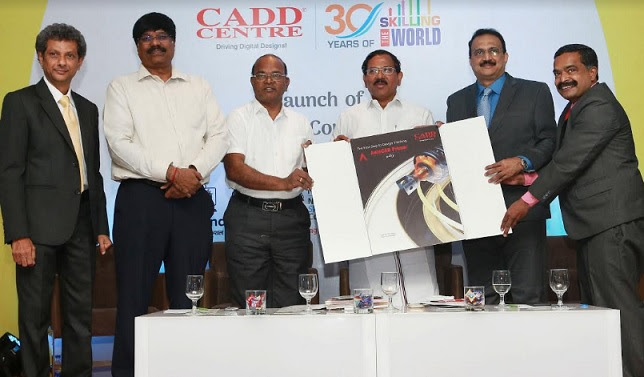 The Tamil courseware is brought out by CADD Centre, Asia’s largest CAD training institute, for the benefit of Tamil students who would find it easy to learn the basics of CAD with the course material written in their mother tongue. As part of its inclusive CAD education initiative, CADD Centre has already introduced courseware in other regional languages such as Malayalam and Kannada, apart from Hindi, for its popular CAD software training programmes.

Commenting on the courseware in regional languages, Mr. S. Karaiadiselvan, Managing Director, CADD Centre, said, “That the need for CAD skills is growing exponentially in India and elsewhere. However, for students from tier II and tier III cities, who are not well versed in English, often the language comes in the way of learning CAD. As India’s largest CAD training institute, we at CADD Centre, have taken the responsibility to develop courseware in as many regional languages as possible that would benefit these students and make CAD education more inclusive. The course materials and instruction in regional languages will help the students grasp CAD and engineering design concepts and apply them with a great deal of confidence.”

He added, “That the courseware – and reference guides – will also have English content wherever relevant. The newly launched Tamil courseware for AutoCAD Primer, an introductory AutoCAD training programme, is meant for the higher secondary and Engineering college students in Tamil Nadu. With the introduction of the Tamil courseware, the CADD Centre institutes across the State will now give the option for the students to learn CAD with Tamil as the language of instruction. CADD Centre hopes to reach the Tamil courseware to 10,000 Tamil students this year.”

Mr. Selvan said, “That with its over 500 CAD training centres across India and overseas, CADD Centre trains 1.5 lakh students in over 100 courses in engineering design software every year. The introduction of courseware in regional languages will bring several thousands of new students and create a CAD talent pool locally.”

The Hindi courseware was launched last month by Mr. Manohar Parrikar, Chief Minister of Goa, at the city of Goa. CADD Centre has chalked out plans to launch courseware in about 4 more regional languages in the coming months.

Divisional Commissioner stresses on timely demarcation of all wetlands