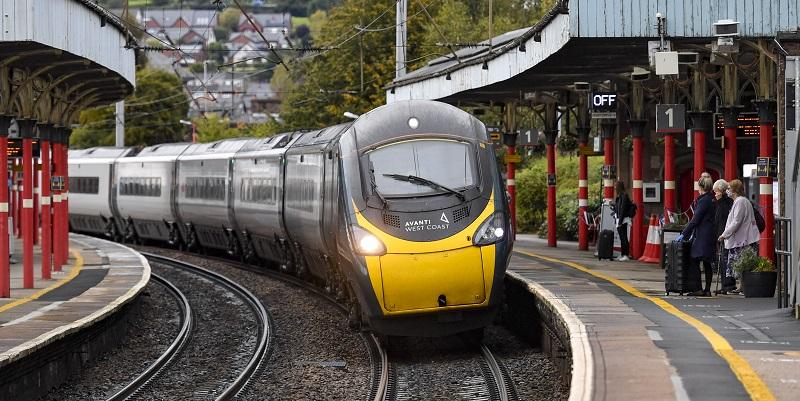 Rail industry and civic leaders are urging the Government to accelerate construction of an advanced rail Institute that would provide a “…game-changing opportunity for the UK”.

The Institute for High-Speed Rail and System Integration, being developed by the University of Leeds, will be one of the most advanced rail test and development centres in the world – but building work was paused at the start of the pandemic in March, and it is not known how long the delay will last.

The rail industry wants the Institute operational in two to three years to help the sector deliver on the massive taxpayer investment in rail, expected to be in excess of £200 billion over two decades. That would require building work on the Institute to resume in a matter of months.

The research facilities are designed to identify and eliminate the problems that have dogged other large rail infrastructure schemes, such as Crossrail, where new technologies fail to integrate, causing unexpected faults and breakdowns.

Sir Peter Hendy, the chair of Network Rail, said: “The Institute represents a game changing opportunity for the UK in both conventional and high-speed rail research and innovation. It will provide the UK with a whole system approach to railway testing, development, validation and certification, facilitated through closer industry collaboration.

“At Network Rail we are planning to utilise the facility to mitigate the delivery risks to some of our projects such as the Transpennine and East Coast Upgrades.”

The Institute is being developed by the University in partnership with West Yorkshire Combined Authority/Leeds City Region Enterprise Partnership, Leeds City Council, Research England and the rail industry on a site next to Leeds Enterprise Zone and the proposed HS2 rolling-stock depot, on the south east edge of the city.

Along with many other universities, the University of Leeds paused its capital spending at the start of the first national lockdown and the timing of the construction of the IHSRSI research and testing facilities will be influenced by the ongoing COVID-19 pandemic.

To enable building work to recommence as soon as possible, the University is asking the Government to underwrite the Institute’s capital costs. That would allow the test facilities to be operational in time to support the rail industry with its major infrastructure projects.

Professor Nick Plant, Deputy Vice-Chancellor: Research and Innovation, said: “The University of Leeds has already invested £15 million in the Institute, which will help create a global hub for advanced rail technology and manufacturing in the Leeds City Region.

“The pandemic and the ongoing economic uncertainty have meant this important project is in threat of being delayed. With the government’s help, we can get the Institute back on track, support the creation of highly skilled jobs and pave the way for the UK to become a major exporter in fully-tested railway technology.”

Other industry voices have also called for construction work to resume.

The West Coast Partnership won the franchise to run rail services between London, the North West and Scotland and will be involved in the design and development of phase one of HS2, the high-speed line between London and the West Midlands.

Managing Director Caroline Donaldson said she wanted the Institute involved in the testing and commissioning of new technologies, particularly those linked to HS2. She said: “As we have seen in major rail infrastructure projects in the UK and abroad, the importance of rigorous systems integration testing and early design verification and validation cannot be understated.

“They are critical to timely delivery of programme benefits and mitigation of risks.”

The Institute is part of a broader initiative to create a UK centre of excellence for high-speed rail engineering in the Leeds City Region.

Plans align with regional industrial strategy
Cllr Judith Blake, Leader of Leeds City Council, said: “The Institute for High-Speed Rail & System Integration is not only a game-changer for the UK but also at a local and regional level, because of the many skilled jobs and opportunities it will create and the major economic benefits it will bring.

“Such a world-leading institute will provide the catalyst to attract major companies within the rail industry supply chain to establish themselves in the Leeds City Region, particularly considering it will be built alongside the proposed HS2 rolling stock depot.

“We are proud to support the Institute and its campaign to secure investment, accelerating its construction and bringing the economic benefits sooner rather than later.”

“It will attract companies in the rail sector to invest and create high-quality jobs.

“There is a pressing need for the Institute to be operational in time to help with the big investment that is taking place in rail, to ensure taxpayers get value for money, that the economic benefits that come with that investment are seen in the Leeds City Region – and that we have a rail network that is fit for the 21st century.”

Sir Peter Hendy, Chairman of Network Rail, added: “The plans for the Institute have been aligned with Leeds City Region’s industrial strategy. It will enable growth in future businesses, in rail technology and products, facilitating higher skills development and supporting the creation of more productive jobs in the North and across the UK.”

Sean Carroll Elected to American Association for the Advancement of Science

University of Birmingham: Researchers reveal scale of prevalence of a condition that…

University of Birmingham: Researchers reveal scale of prevalence of a condition…

iednewsdesk Jan 22, 2022
Up to 10 per cent of adults have a benign tumour, or lump, known as an ‘adrenal incidentaloma’ in their adrenals…

University of Birmingham: €1.5M grant will enable research into why…