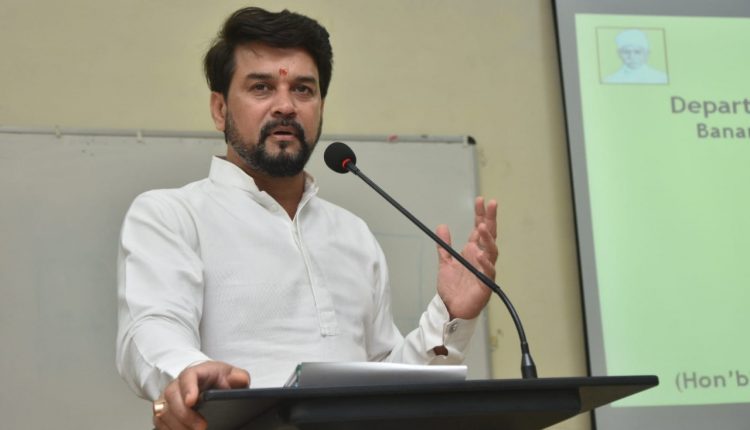 New Delhi: ‘Sports’ being a State subject, the responsibility of development of sports, including construction of sportsgrounds at the village level, promotion of sports in colleges, establishment of Sports Universities and Colleges, promotion of traditional sports in order to give international recognition to such sports and overall development of sports rests primarily with the respective State/Union Territory Governments. The Union Government supplements their efforts by bridging critical gaps. However, under the “Utilisation and creation/upgradation of sports infrastructure” component of the Khelo India Scheme, this Ministry has sanctioned 289 sports infrastructure projects of various categories across the country, including schools, colleges and universities, on the basis of proposals received from the States/UTs from time to time. This Ministry has also established the National Sports University at Imphal, Manipur, which is a first of its kind university, to promote education in the areas of Sports Sciences, Sports Technology, Sports Coaching, besides functioning as the national training centre for selected sports disciplines. The National Sports University will cater to students from all over the country. Further, under the “Support to National/Regional/State Sports Academies” component of the Khelo India Scheme, this Ministry has accredited 247 sports academies across the country.

The ‘Promotion of rural and indigenous/tribal games’ component of the Khelo India Scheme, is specifically dedicated to the development and promotion of rural and indigenous/tribal games in the country. Indigenous/traditional games of Mallakhamb (major traditional sports of Madhya Pradesh), Kalaripayattu, Gatka, Thang-Ta, Yogasana and Silambam have been identified for promotion under this component. Grants are sanctioned for infrastructure development, equipment support, appointment of coaches, training of coaches and scholarships under this Component. Further, scholarship to 283 medal winners of Mallakhamb, Kalaripayyattu, Gatka and Thang-Ta (₹ 10,000/- per month, per athlete) have been provided by this Ministry, out of which 31 winners (out of 104) in the discipline of Mallakhamb are from Madhya Pradesh. In addition, Mallakhamb, Kalaripayyattu, Gatka, Thang-Ta and Yogasana have also been included in the forthcoming edition of Khelo India Youth Games at Panchkula, Haryana.

This information was given by Minister of Youth Affairs & Sports Shri Anurag Thakur in a written reply in Lok Sabha today.