Ministry of Doner Organized ‘Nari Shakti of North East’ on the Occasion of International Women’s Day. 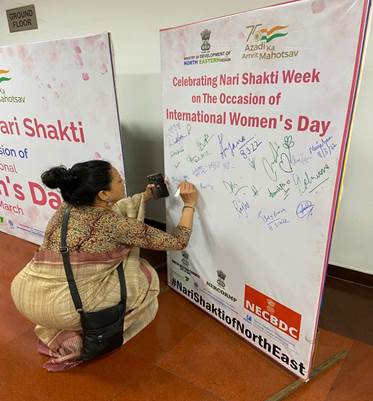 The Campaign kick started with a greeting poster & snippet from the Women Personnel from MDoNER & its associate organizations including NEC & NERCRMS. The short video snippet contained the Message of ‘Happy Women’s Day’ in the native languages of the Women Work Force. Team MDoNER & various other departments of GoI also took part in the signature campaign that was organized at Vigyan Bhawan, New Delhi.

Story of India and its vibrant Startups & Entrepreneurs – a result of PM Narendra Modi’s policies since 2014 – is a real, exciting & durable one: Mr. Rajeev Chandrasekhar at IGF