7 Indian and 1 Pakistan based YouTube news channels blocked under IT Rules, 2021 Blocked YouTube channels had over 114 crore views; and 85 lakh 73 thousand subscribers Fake anti-India content was being monetized by the blocked channels on YouTube

The Ministry of Information & Broadcasting, utilizing the emergency powers under the IT Rules, 2021, has issued orders on 16.08.2022 for blocking of eight (8) YouTube based news channels, one (1) Facebook account, and two Facebook posts. The blocked YouTube channels had a cumulative viewership of over 114 crore, were subscribed by over 85 lakh users.

The YouTube channels were also used to post fake news on various subjects such as the Indian Armed Forces, Jammu and Kashmir, etc. The content was observed to be completely false and sensitive from the perspective of national security and India’s friendly relations with foreign States.

The content blocked by the Ministry was found to be detrimental to sovereignty and integrity of India, security of the State, India’s friendly relations with foreign States, and public order in the country. Accordingly, the content was covered within the ambit of section 69A of the Information Technology Act, 2000.

The blocked Indian YouTube channels were observed to be using fake and sensational thumbnails, images of news anchors and logos of certain TV news channels to mislead the viewers to believe that the news was authentic.

All the YouTube channels blocked by the Ministry were displaying advertisements on their videos having false content detrimental to communal harmony, public order and India’s foreign relations.

With this action, since December 2021, the Ministry has issued directions for blocking of 102 YouTube based news channels and several other social media accounts. The Government of India remains committed towards ensuring an authentic, trustworthy, and safe online news media environment, and thwart any attempts at undermining India’s sovereignty and integrity, national security, foreign relations, and public order. 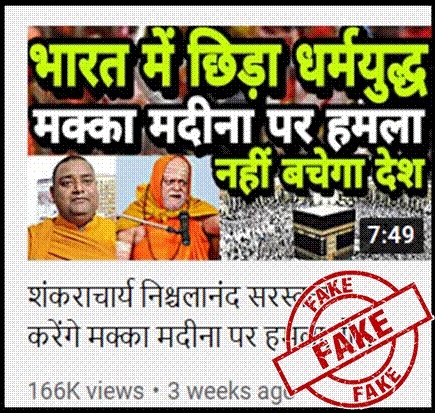 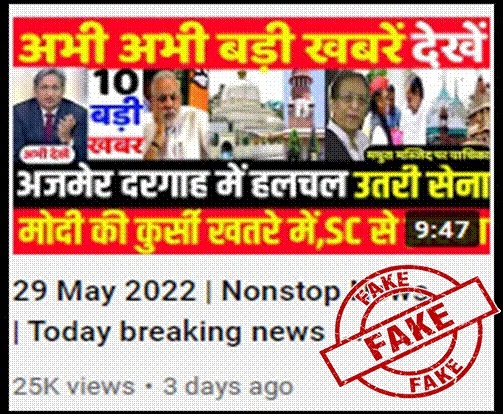 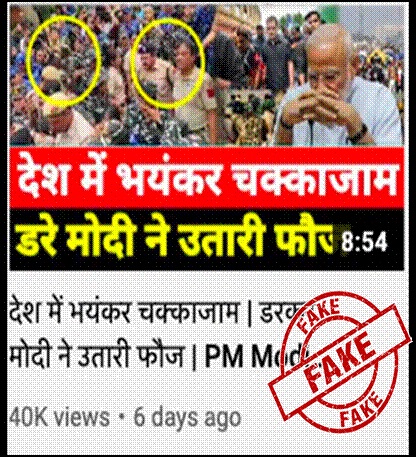 The screenshot as under claims that 100 crore Hindus will kill 40 crore Muslims, and that Muslims should to go Pakistan or Bangladesh otherwise they will be massacred. 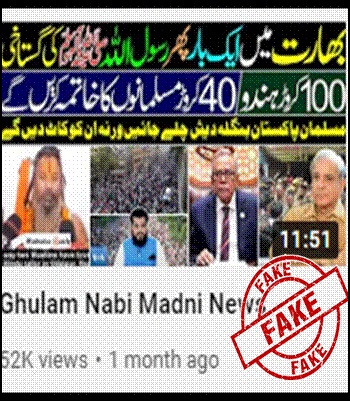 The below screenshot claims that India’s Qutub Minar mosque has been demolished.