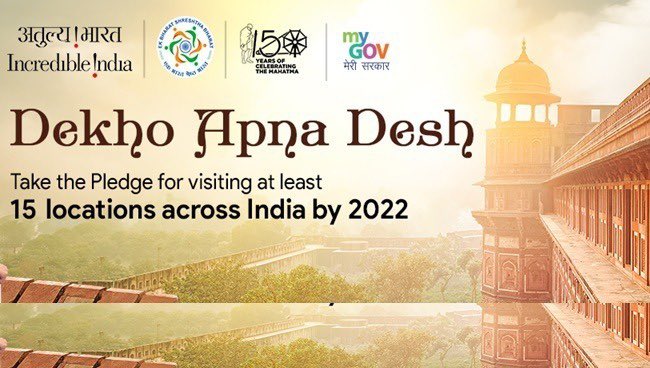 Presented by Mr. Sanjeev Sardesai (Historian), Mr. Arminio Riberio (Architect) and Ms. Sawani Shetye(Archaeologist), the webinar showcased the richness of Goa that extends back through centuries of profound history and cultural exchange and creativity which is beyond the famous beaches and nightlife.

webinar session allowed a peek into Goa’s history, from the times of the Kadamba kingdomto Vijayanagara Empire, BahmaniSultanate and Bijapur Sultanate during the medieval period and till the Portuguese invasion of Goa defeating the Bijapur Sultanate. The speakers spoke of how the Portuguese rule that lasted for about 450 years had heavily influenced Goan culture, cuisine, and architecture.

The presence of marine fossils, buried seashells and other features of topography in the Coastal belt indicate that Goa has been uplifted from the sea due to geological tectonic plate movement. The story trails of some of the heritage architecture like Safamasjid, Convent of St. Monica, Archbishops cathedral, Basilica of Goa, Deshprabhu palace, Soundekar Palace built by the Portuguese, DeaoPalace, TB Cunha Mansion, Solar Colacos house, Panjim Church are not only interesting but also an insight to Goan history.

The Deko Apna Desh Webinar series is presented by Ministry of Tourism with active technical support from National e-Governance Division (NeGD) created by the Ministry of Electronics & Information Technology (MeitY) for effective citizen engagement and communication with all stakeholders using the digital experience platform.

The next Dekho Apna Desh Webinar on 28th May 2020 – 1100-1200 hrs. is ‘Northeast India for the immersive traveller’ To register click https://bit.ly/NorthEastDAD

iednewsdesk Apr 11, 2022
The BCSWomen Lovelace Colloquium, the first conference of its kind for female students of computing, is…