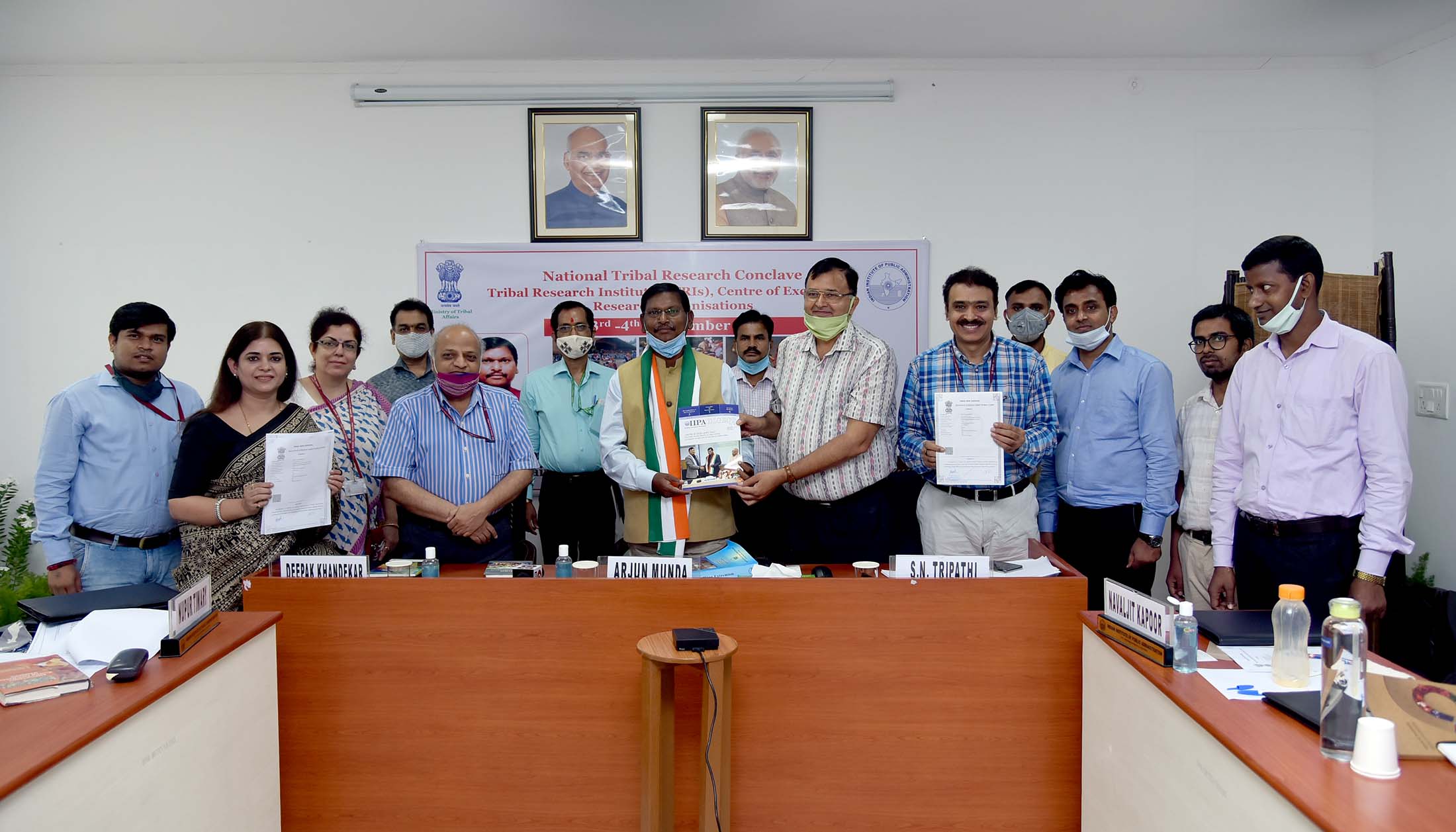 New Delhi: In the presence of Union Minister for Tribal Affairs Shri Arjun Munda, an agreement was signed today between Ministry of Tribal Affairs (MoTA) and Indian Institute of Public Administration (IIPA), New Delhi for setting up of National Institute of Tribal Research (NITR) at the IIPA campus, New Delhi. The proposed National Institute will be functional in a few months and will be engaged in quality tribal research in collaboration with reputed government and non governments NGOs spread over the country. The agreement was signed by Shri Deepak Khandekar, Secretary Ministry of Tribal Affairs and Shri S.N. Tripathi, DG, IIPA at the valedictory session of “National Tribal Research Conclave” organized by Centre of Excellence (CoE) for Tribal Affairs, (M/o Tribal Affairs), Indian Institute of Public Administration (IIPA), New Delhi here today.

Addressing at the valedictory session of Two Days National Tribal Research Conclave being held virtually through webinar, Shri Arjun Munda said that the Ministry of Tribal Affairs designed workable models which provide end to end solution as part of action research to be implemented by policy initiatives. He said that the Tribal Research Institutes (TRIs) have a very important role to play and their research should focus on drawing road map for future development. The Ministry is funding Tribal Research Institutions for research on various aspects of tribal life and culture but now intervention of research with policy should be emphasized in their research. He also suggested that the new National Institute of Tribal Research should also have an educational wing to educate students on tribal development and tribal art & culture.

He said that we have to make life of tribals easier and livable in their original tribal habitat. Indigenous seeds and products should be protected. He emphasized that the Biodiversity Management is very important for the ecological balance of the earth and we should always take care of it.

Shri Munda said that the Branding and Marketing of ethnic tribal products should be given due importance because these persuade customers to buy the products.We should also try to find those products which have an international demand and develop those too for international standards, the Minister added. Referring to Panchayati Raj Institutions (PRIs) he said that there is a need to develop creative leadership in the Panchayats to ensure all round development.

The Two Days National Tribal Conclave held virtually through webinar concluded today. The representatives from various organizations and institutions working in collaboration with Ministry of

INDIBET Announces Charitable Donation of $10,000 to Support the Ministry of Education in St Lucia