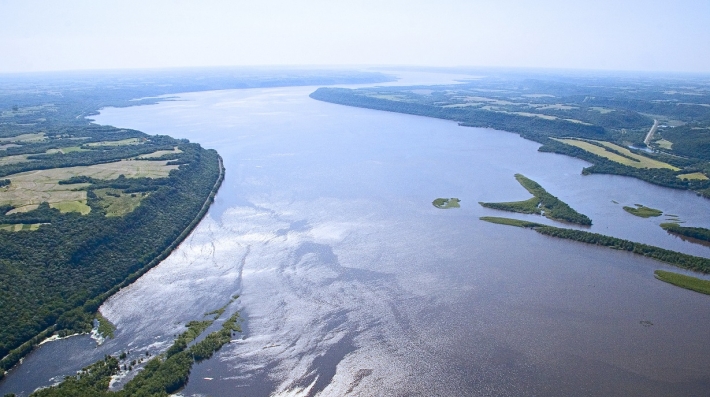 Three pilot cities along the Mississippi River took part in being the proving ground for a new citizen-science-based approach to gather data on the presence of plastic waste within the watershed. St. Paul, MN; St. Louis, MO; and Baton Rouge, LA all participated by organizing volunteers across their cities to gather this critical data using the Marine Debris Tracker app developed by the University of Georgia.

During April 2021, citizen scientists helped to survey over 111 kilometers/69 miles squared area along the Mississippi River corridor. These volunteers collected data on over 75,184 litter items and catalogued over 660 pounds of plastic as they conducted cleanups for trash removal.

“Community members scientifically surveyed areas greater than 20,000 football fields to gather this valuable data with Debris Tracker,” said Jenna Jambeck, Distinguished Professor in Environmental Engineering at the University of Georgia and National Geographic Explorer. “The results show that there are opportunities for interventions in each pilot city to reduce the quantity of plastic ending up in our environment and the Mississippi River.”

Marine debris that continuously enters the Mississippi River poses a large threat to environmental quality and ecosystem health. As the drainage system for 40% of the continental United States, plastic waste and other litter travels through storm drains and smaller waterways into the Mississippi River and its tributaries, ultimately making way to the Gulf of Mexico and into the ocean. Approximately 11 million metric tons of plastic enters the oceans every year, with rivers contributing to a significant portion of that amount.

“This data should help draw attention to plastic waste concentrations in specific areas,” explains Barbara Hendrie, Director of UN Environment Programme’s North America Office. “We hope that all stakeholders – from policymakers, to businesses and citizens – can collectively use it to take action to address the plastic pollution crisis.”

This research is intended to not only help cities and towns along the Mississippi River, but to provide an example of what can be done collectively to address plastic pollution around the world and come up with solutions.

“We learned a lot through this new approach regarding where waste gathers, how much of it there is, and the type,” explained Sharon Weston Broome, Mayor of Baton Rouge, LA and MRCTI Co-Chair. “We now have valuable information to help support not only existing storm water programs but improve our waste management systems and infrastructure going forward.”

“In my city 74 percent of the material we found was plastic waste logged by our residents over a vast stretch of waterfront. Because the St. Louis region is a major confluence area for the Illinois, Missouri, and Mississippi Rivers, it is important for us to understand where plastic waste is coming from, where it is concentrating, and what comprises the majority of the waste stream from which manufacturers,” noted Tishaura O. Jones, Mayor of St. Louis, MO.

This new data provides important insights for communities all along the Mississippi River,” said Melvin Carter, Mayor of Saint Paul, MN and the MRCTI Minnesota Chair. “I look forward to leveraging this information for our ongoing work to further support a clean, sustainable and resilient Saint Paul.