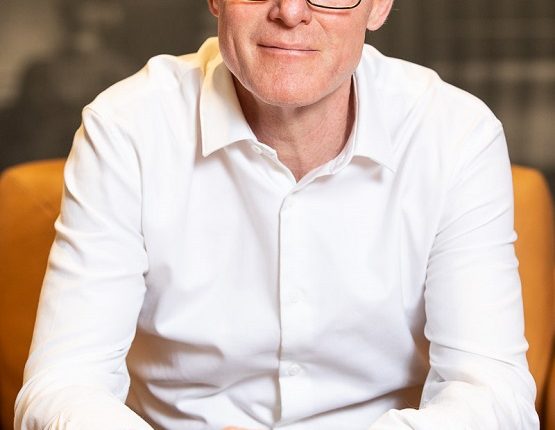 Professor Jamie Rossjohn, one of Australia’s leading scientists, has been elected as a Fellow of the Royal Society (FRS) – one of the world’s most prestigious scientific bodies – in recognition of his transformative contributions to science.

The Royal Society, established in the 1660s, is the oldest scientific academy in continuous existence in the world. During Monash’s 70-year history, Professor Rossjohn is only the second Monash University researcher to receive this international recognition.

Professor Rossjohn FRS, from the Biomedicine Discovery Institute at Monash University, is among 62 exceptional scientists honoured with Fellowships in 2022, joining the ranks of the world’s most eminent scientists. Previous Royal Society Fellows include Charles Darwin, Peter Doherty, Dorothy Hodgkin and over 280 Nobel Laureates.

A greater understanding of immunity has led to rapid advances in the development of vaccines and new cancer immunotherapies.  Developing groundbreaking and sustained discoveries that advance our molecular understanding of the immune system, Professor Rossjohn has made a pioneering contribution to natural knowledge and greatly enhanced Australia’s international reputation and capability for scientific discovery.

‘Professor Jamie Rossjohn is principally known for his contributions to the understanding of disease and the vertebrate host response, both from the aspect of protective and deleterious immunity. Namely, he has used structural biology to understand how T cell receptors recognise peptides, lipids and metabolites. Specifically, he has unearthed structural mechanisms of Major Histocompatibility Complex (MHC) polymorphism impacting on viral immunity, drug and food hypersensitivities and T cell mediated autoimmunity.

Rossjohn has pioneered our molecular understanding of how T cells bind lipid-based antigens presented by the CD1 family. He has elucidated the structural basis of how vitamin B metabolites are presented by the MHC class I related protein, MR1; this revealed an entirely new class of antigen for T cells.’

“I view this appointment as a broader recognition of the team’s efforts in discovery science over the last two decades since I joined Monash – the team of researchers who undertook the investigations, the national and international collaborative team, and team Monash,” Professor Rossjohn said.

“Monash was broad-minded enough to give me an opportunity as a new lab head and provided an ideal environment that has enabled my basic research program to thrive.”

Deputy Dean of Research for the Monash Medicine, Nursing and Health Sciences faculty, Professor James Whisstock says: “This is a wonderful and incredibly well-deserved honour for Jamie – we are all absolutely delighted for him.  Jamie and his team have used sophisticated structural biology techniques to revolutionise our understanding of the molecular mechanisms of the immune response.  His work has further had a profound impact on how some of the most devastating auto-immune diseases develop.”

Director of the Monash Biomedicine Discovery Institute,  Professor John Carroll says: “Jamie being elected as a Fellow of the Royal Society is fabulous recognition for a stellar research career. Jamie and his team have unlocked fundamental aspects of how the immune system works, which have led to new insights into tackling autoimmune diseases and cancer. We are delighted that he has received this recognition for his research.”

“Through their careers so far, these researchers have helped further our understanding of human disease, biodiversity loss and the origins of the universe. I am also pleased to see so many new Fellows working in areas likely to have a transformative impact on our society over this century, from new materials and energy technologies to synthetic biology and artificial intelligence. I look forward to seeing what great things they will achieve in the years ahead.”

Professor Rossjohn will attend a ceremony in London in July where he will give a presentation of his work, sign the Charter book and be formally admitted as a Fellow.