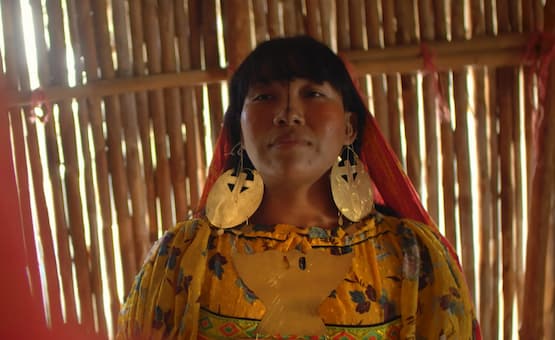 Leading Monash University academics working at the forefront of some of the world’s most pressing challenges will feature in an independent documentary – The Endangered Generation? – to debut at the Melbourne International Film Festival (MIFF) at 6.30pm on Wednesday 17 August.

Produced by Sweetshop & Green, and narrated by acclaimed actress and producer Laura Dern, the documentary features academics embarking on cutting-edge research, from climate change and inequality to food security and species extinction, as well as capturing the contributions of artists, activists and community leaders that are rising up to tackle the biggest challenges the human species faces today.

The crux of the film is the need to see ourselves as one with the planet, and that input from all areas of society is crucial to changing the current trajectory.

Internationally-renowned ecologist and biologist Professor Steven Chown has spent more than 30 years conducting research focused on environmental change and policy development for the protection of the Antarctic and sub-Antarctic regions. He’s Director of Securing Antarctica’s Environmental Future (SAEF), based at Monash, and an advocate for developing the next generation of Antarctic scientists.

“The human race is trapped in its own success. We have evolved to be the most dominant species on Earth, but the world around us is changing faster than we are adapting. The trap we are facing is what I would call a carbon addiction,” Professor Chown said.

Deputy Vice-Chancellor (Research) and Senior Vice-President Professor Rebekah Brown, who is also in the documentary, said: “This documentary not only speaks to the significant scientific contribution Monash researchers are making in response to the challenges of our time, but to the collaborative societal approach that is vital to affect change.”

“While doing so, The Endangered Generation? documentary conveys a powerful message – we are all agents of change and together we must play our part.”

“We recognise that the grand challenges of the age – climate change, geopolitical security and thriving communities – extend across nations. Our research is about understanding and solving these complex challenges. This means empowering communities to create real and lasting change,” Professor Gardner said.

“This documentary is about how we might better create a stable and permanent place on this planet for ourselves and for future generations.”

The Endangered Generation? documentary forms part of Monash University’s ambition to lead change through research, education and collaboration with talented partners and international programs, to ensure the next generation and generations to come are able to thrive, with creative partner VMLY&R.