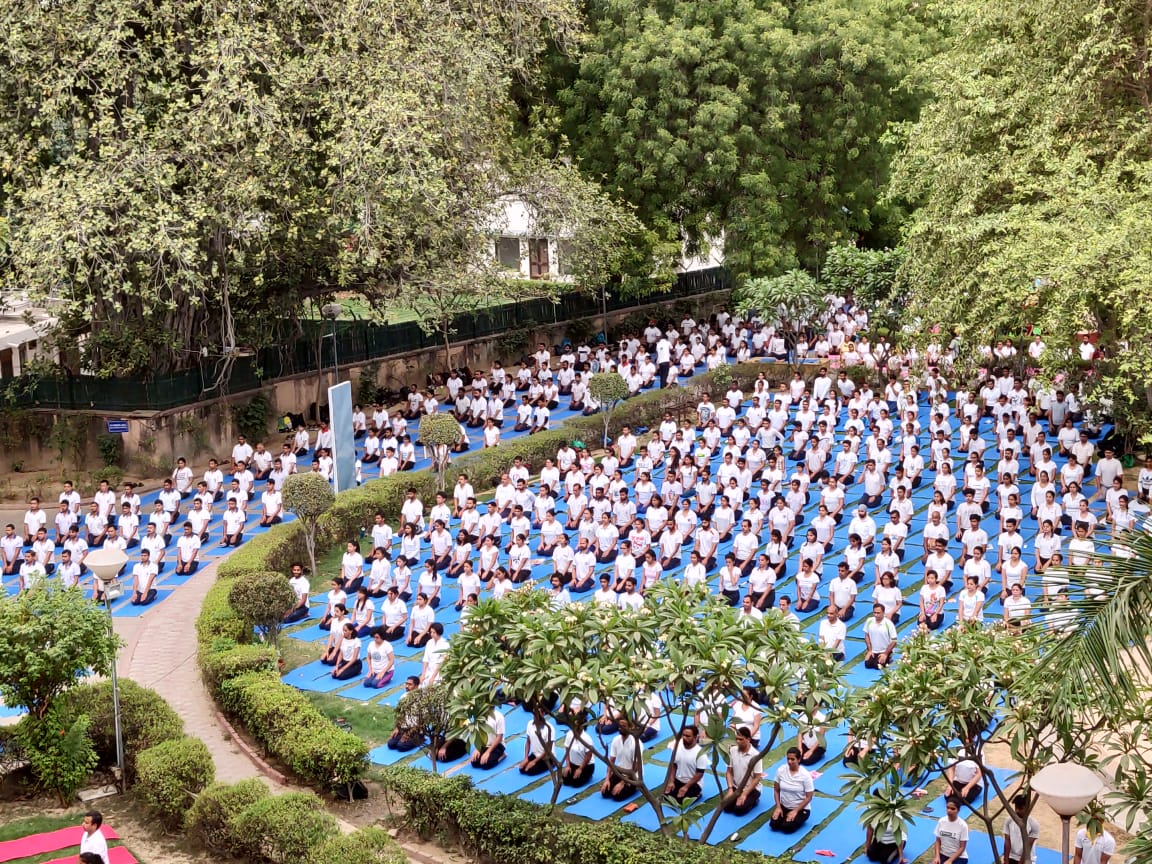 New Delhi: Morarji Desai National Institute of Yoga (MDNIY), New Delhi, is preparing to embrace the new norm of e-education and virtual learning in the post-Covid 19 scenario. A set of capacity building steps to enable the institute to design and run virtual courses and to substantially increase its internet presence were adopted in the recent meeting of the Standing Finance Committee (SFC) of MDNIY.

Setting up digital studios from where live streaming as well as recording of yoga training sessions can be done is a priority of MDNIY. The proposal submitted by MDNIY for setting up four studios for conducting various online education and training activities was approved by the SFC. This will help the Institute to take up various online training programmes simultaneously, catering to the needs of different categories of target audience. Programmes in virtual mode will also take MDNIY’s programmes to an audience that is truly global.

A fundamental requirement MDNIY to power all its digital initiatives is the upgradation of the leased line. This has been approved, and as against the current capacity of leased line of 10 MBPS, upgraded line will have the capacity of 100 MBPS. Further, laying of additional LAN so that the entire campus is covered by the network has also been approved.

MDNIY has also taken up the production of a comprehensive set of instructive videos to facilitate the teaching of Yoga. 10 Videos on Common Yoga Protocol of 30 minutes duration each have already been prepared, and used on Doordarshan to reach a wider audience.

Consolidating its nation-wide outreach, MDNIY had conducted a one month Certificate Course in Yoga for Protocol Instructors for the 100 students from Leh. The SFC granted approval for the entire expenditure the course to be met by MDNIY. This programme has led to raising a group of trained and qualified yoga professionals in Ladakh which augers well for the tourism and healthcare sectors of the newly formed Union Territory. 13 students out of the group have also successfully completed the Yoga Certification Board (YCB) examination of the Certificate Course in Yoga for Wellness Instructor (Level-2), and were awarded the Certificate.

MDNIY also contributed to the fight against Covid 19 by supporting the Yoga Training Centres for COVID patients in New Delhi. Yoga Instructors from MDNIY have been engaged in those centres on part time basis.

MDNIY is also preparing for a leadership role in conducting an International Capacity Building Workshop on Yoga for Non-communicable diseases in the South-East Asian countries. Advance preparations including content designing has been taken up by the Institute. This experience and exposure will add to the Institute’s expertise and also help to improve the quality of its domestic offerings.

The Common Yoga Protocol (CYP) was designed by the Ministry of AYUSH in 2015 to facilitate harmonious demonstration of Yoga as part of the observation of International Day of Yoga (IDY). It incorporates a set of Yoga drills that can be learned by a wider cross section of people over a period of two weeks on an average. The CYP has since been widely adopted by the public due to its standardization and ease of adoption. MDNIY has drawn up plans to popularize it further, by utilizing the potential of digital media. The proposal of the Institute to recast and produce the CYP films, E-booklets, dubbing it into all WHO languages and 19 Regionals languages has been approved by the SFC, after considering a detailed plan of action for this purpose. The proposal was approved with the advice to MDNIY to ensure high quality work of International standards.

Outreach, Curtain Raisers and Vigyan Yatra at 35 locations being organized for IISF-2020