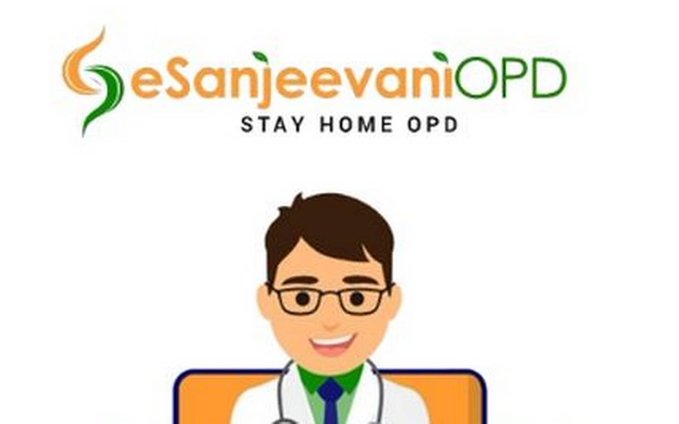 New Delhi: Government of India’s National Telemedicine Service, eSanjeevani is gaining popularity amongst the public. It has crossed another milestone by completing 80 Lakh tele-consultations. Currently, the National Telemedicine Service is operational in 35 States/Union Territories and daily over 60,000 patients across the country are using this digital modality, to seek health services from the government run healthcare delivery systems in States and UTs.

In November 2019, eSanjeevaniAB-HWC’s implementation was initiated under Ayushman Bharat Scheme of Government of India. By December 2022, it will be made operational at all 1,55,000 Health & Wellness Centres across India. Since its roll out, eSanjeevaniAB-HWC has been implemented at around 25000 Health and Wellness Centres as spokes and at around 2000 hubs which include Medical Colleges, District Hospitals and Primary health Centres. eSanjeevani AB-HWC has completed around 39 lakh consultations.

In the wake of the ongoing pandemic, during the first national lockdown eSanjeevaniOPD was launched in April 2020. It provides direct to home digital health services to the citizens through more than 430 onlineOPDs set up on eSanjeevaniOPD.  Around 400 of these onlineOPDs are specialist OPDs and the rest are general OPDs. So far, around 42 lakh patients have been served through eSanjeevaniOPD.

In a short span of time Govt. of India’s National Telemedicine Service has started aiding the Indian healthcare delivery system by plugging the digital health divide that exists in urban and rural India.  In line with the National Digital Health Mission eSanjeevani is not only boosting digital health ecosystem in the country but it is also addressing the shortage of doctors and specialists at ground level while reducing the burden on secondary and tertiary level hospitals.

Encouraging trend of usage of eSanjeevani by patients and doctors is indicative of the fact that significant proportion of outpatient services can be provided effectively through telemedicine. Patients are using eSanjeevani for follow-ups and also for not so serious medical conditions and in the process they are saving themselves from crowding hospitals and unwanted risk of being infected.  Considering the promising nature of eSanjeevani, Govt. of India has already allocated funds to boost the use of telemedicine in the country. States will be reinforcing IT infra for enabling telemedicine services and the Health Informatics group at Centre for Development of Advanced Computing in Mohali is also conceptualising the next generation eSanjeevani to facilitate 5 lakh consultations per day.