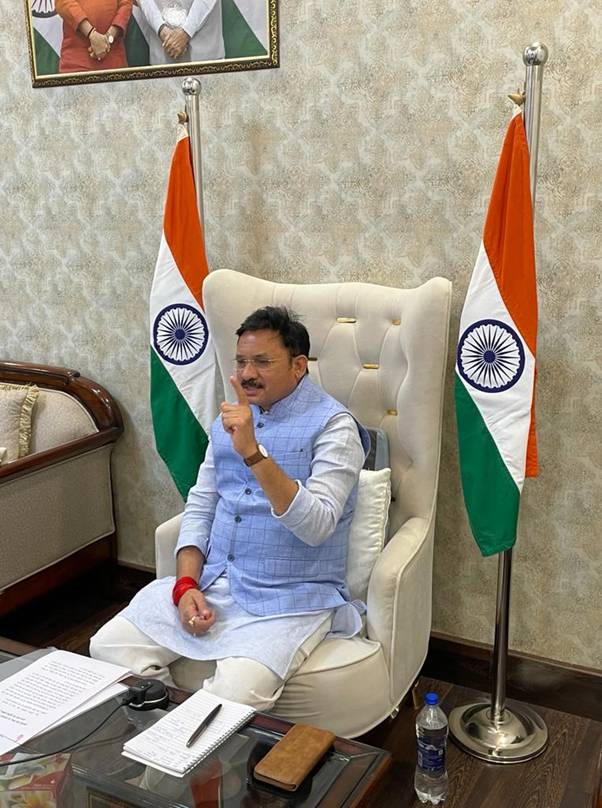 New Delhi: Devusinh Chaunhan, Minister of State for Communications, participated in the Ministerial Roundtable Session of the 50th anniversary edition of International Telecommunications Union (ITU) Digital World 2021, hosted by the Government of Vietnam. In the above session, Prime Minister of Vietnam and Ministers of Azerbaijan, Cambodia, Costa Rica, Lao P.D.R., Myanmar and Vietnam also participated. The topic for the deliberation was “Cutting the cost: can affordable access accelerate digital transformation?”.

Speaking on the occasion, Minister of State for Communications stated that India’s telecom policy is driven by the objectives of affordability, accessibility and availability of state of art ICT facilities to every citizen. Keeping that in mind, India under the visionary leadership of Prime Minister Shri Narendra Modi has ushered historical telecom reforms to ensure the most affordable telecom services which will lead to digital transformation to the next level. These telecom reforms mainly include increase in spectrum tenure from 20 to 30 years, rationalization of bank guarantee requirements for license, no Spectrum Usage Charge (SUC) for spectrum acquired in future spectrum auctions and allowing 100 per cent foreign investment through automatic route besides addressing liquidity issues of Telecom Service Providers (TSPs). This reformative process will unleash the true potential of Indian telecom sector to the benefits of all sections including those who live in the remotest part of the country. The vision of Prime Minister of India will also inspire other countries to charter the same path as adopted by India.

He further stated that India has not only been working on affordability but has made accessibility as one of the prime objectives of telecom policy. Prime Minister Narendra Modi has mandated that all six lakhs villages of India should be connected through optical fibre. The Department of Telecommunications has undertaken the implementation of the vision of the Prime Minister in right earnest.

Deputy Secretary General of the ITU appreciated the role of the Prime Minister of India in supporting the telecom revolution in the country. He further stated that if transformative initiatives are taken at the highest level, their chances of success and potential increase manifold, of which India is a fine example.

Shri Devusinh Chauhan reiterated that India is committed to assist the world in providing the most cost-effective ICT services for accelerating digital transformation by sharing its best practices and knowledge with other nations.