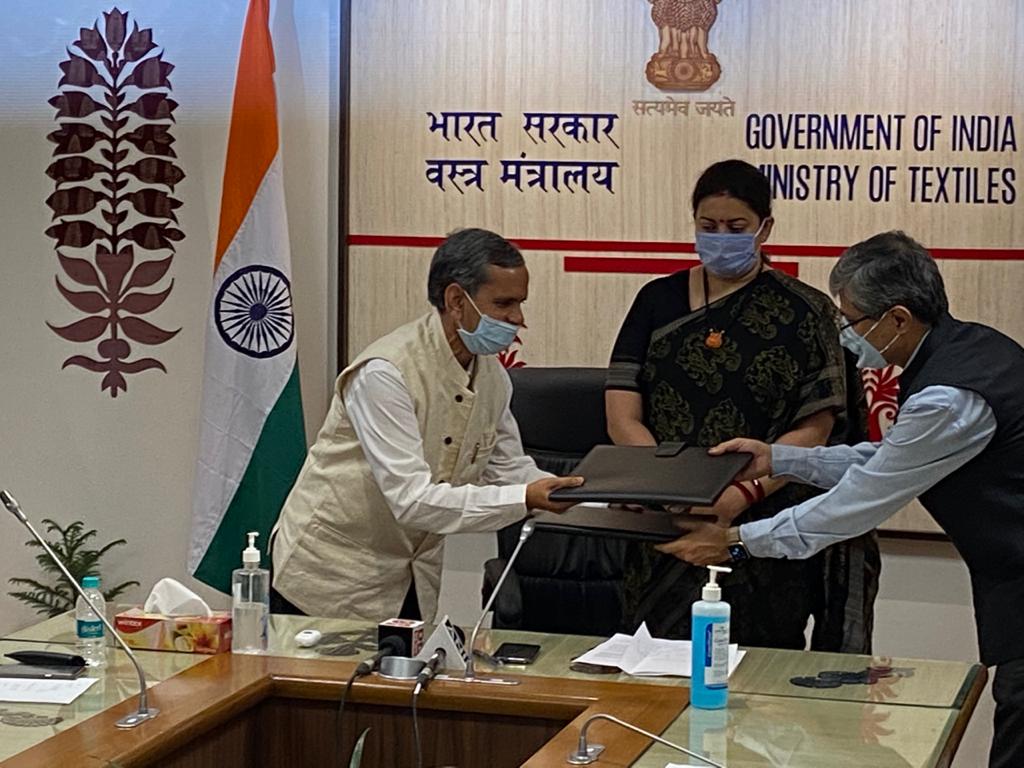 New Delhi: A Memorandum of Understanding was signed between the Ministry of AYUSH and Ministry of Women and Child Development today in New Delhi for controlling Malnutrition as a part of POSHAN Abhiyaan. The MoU will see some time-tested and scientifically proven Ayush-based solutions being adopted for controlling malnutrition in the country.

Smt. Irani, addressing the gathering said that the collaboration of efforts of both the ministries will go a long way in tackling the problem of malnutrition in mothers and children in the country. She said that Nutri-gardens and medicinal gardens will be established in every Anganwadi in near future.

The Birds and Bees Talk Celebrates 50th Statehood Day of…

On this occasion, Shri Shripad Naik said that Ayurveda and other AYUSH systems have much to contribute in dealing with mild and moderate mal-nutrition by way of many specific measures such as right intake of diet by the pregnant women, feeding practices by lactating mothers, use of traditional products augmenting milk secretion, nutritional food for children etc. He further said that India enjoys the distinction of having the largest network of traditional health care systems which are widely accepted owing to its wide accessibility, affordability, safety and trust of people. This has given the ministry leverage to integrate relevant system of medicine where it has wider acceptance.

As a major outcome of the MOU, the Ministry of AYUSH and Ministry of WCD would be working together towards integrating Ayush in POSHAN Abhiyaan and management of malnutrition through the principles and practices of Ayurveda, Yoga and other Ayush systems. POSHAN Abhiyaan or National Nutrition Mission is Government of India’s flagship programme under Ministry of Women & Child Development to improve nutritional outcomes for children, pregnant women and lactating mothers.

The specific areas identified for co-operation include: (i) Integration of AYUSH into POSHAN Abhiyaan and (ii) Control of malnutrition through the principles and practices of Ayurveda, Yoga and other Ayush systems. The following activities will be implemented through the collaboration:

At Anganwadi Centres
Yoga programmes
Visit of AYUSH workforce to Anganwadi Centre once in a month followed by sensitization meeting of AYUSH medical officers with Anganwadi workers in coordination with State health Authorities (Department of WCD)
Development of PoshanVatika.
For AYUSH Nutritional Care
Generation of baseline data in nutritional status of targeted population
Provision of Telemedicine/ AYUSH helpline / call centres through Common Service Centres
Customization of region specific nutrition
Proper documentation of all efforts for scientific evaluation
IEC activities to develop awareness among the community about the traditional indigenous food items and promote the concept of nutrition based on Ayurveda and other AYUSH systems
The Anganwadi worker who is providing the Ayurveda nutrition message to the community at ground level may be designated as ‘DHATRI’ – Dedicated Health Activist to Replenish the Innutrition.
Other such activities for promotion of Ayurveda and other AYUSH systems and providing holistic nutritional care through integrated approach.
The two Ministries have also decided to launch the hashtag #Ayush4Anganwadi for generating awareness about the activities on the digital media.

Webinar on “Swachhata and Environment” organised by Railway Board through Northern Railway, in partnership with United Nations Environment Programme (UNEP)