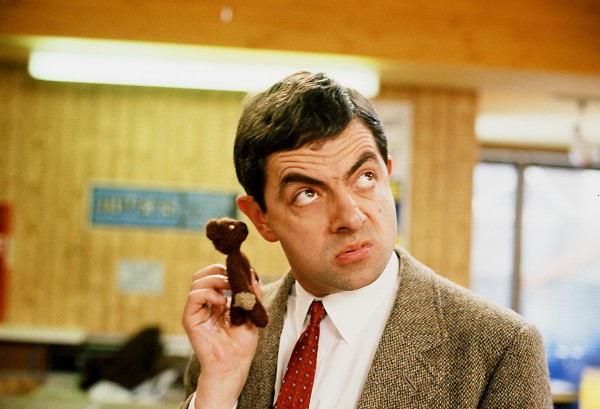 Mumbai : National treasure Mr Bean stumbled his way onto British TV screens for first time in 1990 capturing the hearts of the nation. A grown man who didn’t speak, drove a lime green car and a teddy for a best friend regularly found himself in all sorts of hilarious situations. Previously named in a British Council international survey as more famous than Princess Diana, he has gone on to have huge international success and has spent 30 years in continual distribution.

Bought to life by actor Rowan Atkinson the character’s career has spanned not only television and film, but it has expanded across digital platforms, mobiles apps, various product lines, coffee shops and the music industry and much more, giving him a foothold and relevance into today’s culture proving his mass global appeal is stronger than ever.

Rowan Atkinson said “I always believed that Mr. Bean had a very good chance of being successful and having longevity, partly because the comedy is mainly visual and partly because Mr. Bean is essentially a child in a man’s body. Across all races and cultures, the behaviour of children tends to be the same and so is easily identified and laughed at. Childish, anarchic behaviour will always be funny.”

Mr Bean has amassed a loyal fan base across digital platforms and social media, with a YouTube Channel established in 2009 with the Official Mr Bean Facebook page in 2010. Mr Bean’s mammoth digital footprint continues to have exponential growth with:

Altogether Mr Bean has over 137 million cross-platform subscribers across the four main social platforms which drive younger audiences to engage with the brand however they choose.

There has also been significant success across mobile gaming with Mr Bean Special Delivery, and Mr Bean Around the World achieving 58 million downloads over the past six years.

First launching on ITV on 1st January 1990, Mr Bean was a runaway hit reaching 18 million viewers at its peak and was the catalyst for a brand that would have life well beyond a TV show. From live action, Mr Bean made the successful transition to animation, with Rowan Atkinson still involved in the creative direction of the show. Starring Mr Bean and Teddy as they embark on new adventures, this has been a ratings hit for CITV with the latest series performing above the broadcaster’s daytime average market share for Kids 4-15 by +147% and also for Adults 16-34 by +80%.The series has opened up Mr Bean to brand new generation as well as keeping older audiences connected with the heritage brand they grew up with and which represented a lot of their own childhood memories.

Tom Beattie, Head of Kids and Family at Tiger Aspect said “It’s wonderful to say Happy Birthday to Mr Bean and to take this opportunity to recognise the joy he has bought to different generations over the past 30 years. He has been a hallmark of British culture and still has so much more left to give his fans and audiences around the world through new and innovating means, proving there is life beyond a TV screen”

With 30 years in TV distribution, Mr Bean has always been consistent in his popularity but also consistent in his sales. Mr Bean Live Action and Mr Bean animated series 1-3 have both been sold to over 190 countries, and most recently to Latvia.

To celebrate this birthday Mr Bean fans will have the chance to get their hands on a range of Anniversary collectible products from a limited edition knitted Teddy plush available online only, on pre-order from Teespring to a Mr Bean commemorative coin (watch out for the limited edition ones signed by Rowan Atkinson). Corgi has released a die-cast of Mr Bean’s infamous lime green Mini in a 30th Anniversary special packaging (available at retail and online now) and it will release a DIY special edition of the Mini with the Mr Bean figure in November 2020. A brand new Mr Bean Top Trumps card game from Winning Moves is also available now.

In what has been an incredibly tough year for the world, Mr Bean has continued to bring essential light-hearted entertainment to many after being drafted in by The World Health Organisation to offer his help and expertise when issuing public service announcements regarding how to keep safe during COVID-19.

Earlier this year Leicester Square in London came to life with a trail of dynamic statues inspired by Britain’s love of film and a century of cinema from the 1920s to 2020s, each statue depicts a much-loved movie moment from a different decade since the 1920s, with dynamic poses chosen to naturally interact with the scenery in the square Mr Bean was featured, and once again making his mark as an iconic figure in British history and culture.

After 30 incredible years with no signs of the brand slowing down Mr Bean’s future is looking bright.