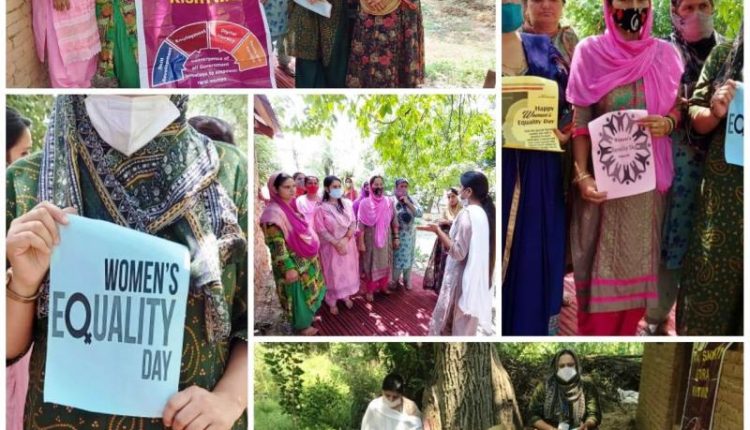 While addressing the participants, the MSK team said that the day is celebrated to mark the anniversary of the 19th Amendment to the United States Constitution giving women the right to vote.

KVIB establishing an industrial ecosystem across J&K to…

It celebrates the journey of women’s equality in the socio-economic structure. It confirms the status of women in society as well as the progress of the world due to respect and opportunities gained by women.

Another goal of the event is to stress the importance of women voting in every election, if for no other reason than in honour of the sacrifices made by the suffragist.

KVIB establishing an industrial ecosystem across J&K to nurture budding…