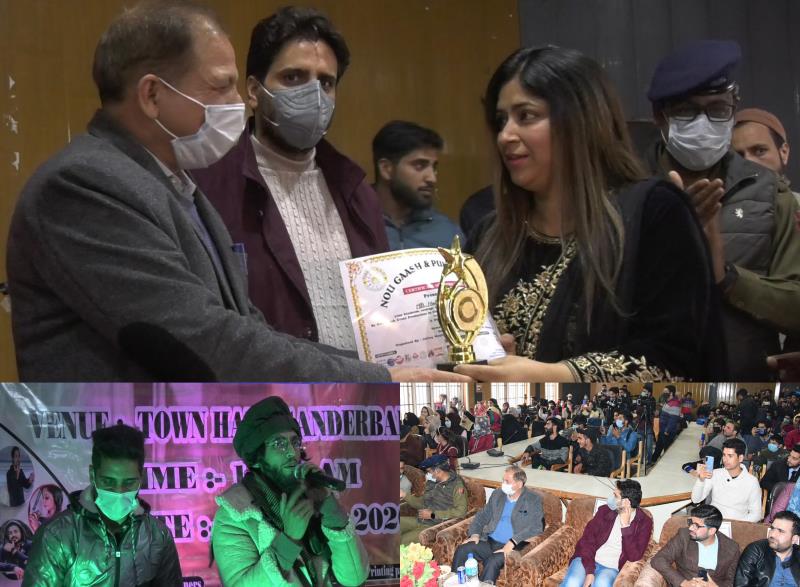 Ganderbal: A musical concert themed ‘Menace of Drug addiction’ was today organized by the NGOs (Pukaar and Nou Gash) at Town Hall, Ganderbal.

The program was organized to educate the young generation about the hazardous effects of drug abuse.

During the programme a variety of singing performances were presented by the renowned artists of the valley with the purpose to educate the audiences about the ill impact of drugs on our society.

While addressing the audience, the DC stressed for pro-active role to curb the menace of drug abuse in the district. He emphasized upon all the sections of society to play a vital role in creating massive awareness among the masses about drug abuse.

He also appreciated the organizers for conducting such Musical Concert highlighting the importance of Youth in building a prosperous society.

Later, the participants were given appreciation certificates and mementos.

The program witnessed overwhelming participation of the prominent citizens of the district.