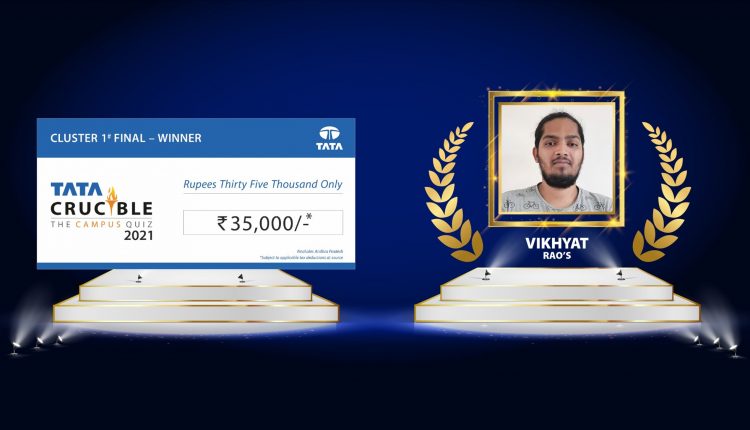 Muthyala Rajendra Vikhyat from Rao’s Degree College, emerges as winner of the Cluster 1 Finals, in the all new online edition of Tata Crucible Campus Quiz

The Cluster 1 Finals representing the Andhra Pradesh region, was a thrilling affair, with participants showcasing their quick thinking and sharp quizzing abilities. The winner took home a cash prize of Rs.35, 000/-* and will now compete in the Zonal Finals to qualify for the National Finals. Kanav Mehra from Indian Institute of Management (IIM) Visakhapatnam was declared runner-up, winning a cash price of Rs.18, 000/-*. Mr. Hitendra Sharma, General Manager Vivanta Hyderabad, Begumpet was the chief guest at the event and gave away the prizes in a virtual prize distribution ceremony.