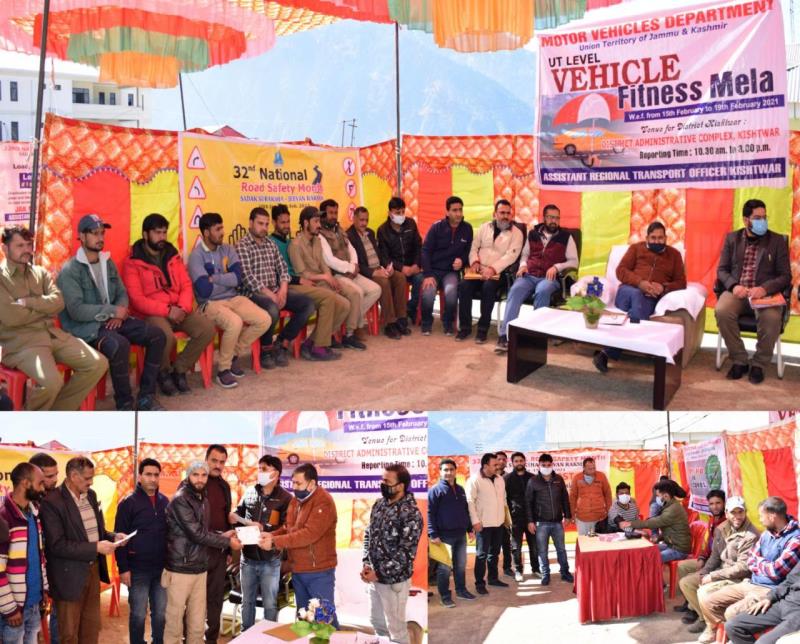 Kishtwar: The five days fitness mela organised as part of the month long road safety campaign concluded, here today.
Deputy Commissioner, Ashok Sharma was the Chief guest at the valedictory function. Joint Director Planning, Mohd Iqbal; Assistant Commissioner Revenue, Dr Amir Hussain; Accounts Officer, Pardeep Sen; Inspector MVD, Sanjeev Sen, Drivers and other officials were also present on the occasion.
The experts from MVD and other concerned imparted awareness regarding the road safety measures among the participants, while the drivers and helpers were educated about the timely and regular checkup of the their vehicles to avoid the unprecedented breakdowns. The drivers were also appealed to shun the callous driving and follow the guidelines issued by Government from time to time.
Online telecast of the address of the LG, Manoj Sinha was also hosted on the occasion.
Later, the Deputy Commissioner gave away 17 fitness certificates to the transporters. Free medical checkup camp was also conducted for drivers and cleaners on the spot.