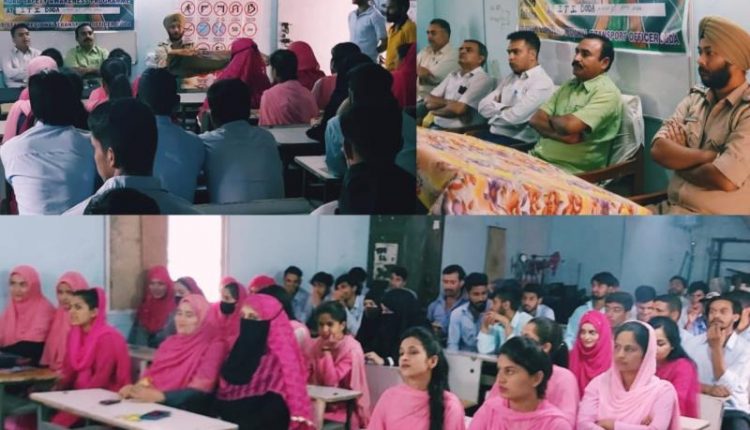 By India Education Diary Bureau Admin On May 31, 2022
Share

During the program held under the supervision of ARTO Er Kuldeep Singh, the speakers from the nodal department emphasized on following road safety rules while driving, besides urging young drivers to avoid rash driving on these hilly tracks.

The ARTO advised the drivers, especially the young ones to drive their vehicles by strictly following safety rules to minimize the casualties in the district.

Further, he urged the participants to become the ambassadors of road safety measures so that the message reaches to every corner of the district to bring the fatality rate in the district to zero and make it a role model for other districts to follow.

Among others present during the program are Superintendent ITI Doda, Motor Vehicle Inspectors, besides other officials of the concerned department.