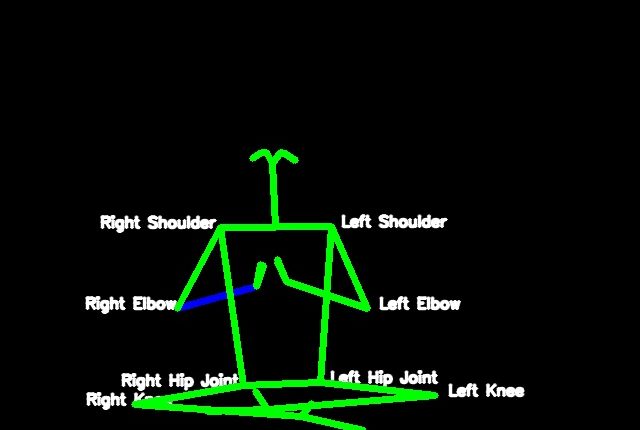 Bangalore : Nowadays, a lot of people practice Yoga at home by watching TV/videos. However, without the instruction of a coach, a practitioner may perform poses incorrectly and it may not be easy for beginners to identify this by themselves. In this context, students from the Computer Science and Engineering Department of MVJ College of Engineering have developed a Yoga Pose Tracking method. Its purpose is to estimate multi-person human poses in videos and assigning unique instance IDs for each key point across the frame. In a nutshell, the system evaluates a Yoga position of a learner by identifying the pose calculating the difference in body angles between a teacher’s stance and that of a user, and displaying the erroneous part between learner and instructor.

The students have used Media Pipe Blaze Pose, which is an on-device body pose tracking approach. It’s a convolutional neural network architecture for human posture assessment that Google launched in August 2020. The network works at over 30 frames per second and infers 33 2D body landmarks from a single frame. Previous methods could only infer 17 landmarks and depended heavily on sophisticated desktop environments. With CPU inference, Blaze Pose delivers real-time performance on mobile phones and delivers super-real-time performance by leveraging GPU inference. Heat maps and regression to key point coordinates are both used in this method. Blaze Posture entails a two-step detector-tracker ML pipeline for pose estimation. This pipeline initially locates the pose region-of-interest (ROI) inside the picture using a detector. Following that, the tracker forecasts all 33 posture important points from this ROI. The detector is only executed on the first frame in video usage scenarios and it calculates the ROI for successive frames using the posture key points from the previous frame.

Commenting on the project, Dr. S. Anthoniraj, Associate Professor, Department of Computer Science and Engineering, MVJCE, said, “The yoga tracker has been incredible and has improved my yoga practice personally and surely would benefit people. We must help individuals in recognizing their abilities, build on them, and express them in their own unique way. I appreciate the students who came up with this novel idea and put in a lot of effort to create this device.”

The Computer Science and Engineering students who worked on the project said: “It was a great opportunity to work together and develop the devise as our ambitious ideas turned real and tangible, and were within reach. It’s a new approach to assisting individuals in improving their lives and contributing to the development of a healthy community as a whole. In future, we aspire to work on socially useful projects like this.” The team of students who were involved in the project included Deepti Singh, Deepak Pandey, Hima V S and Bhaskar Katragadda.