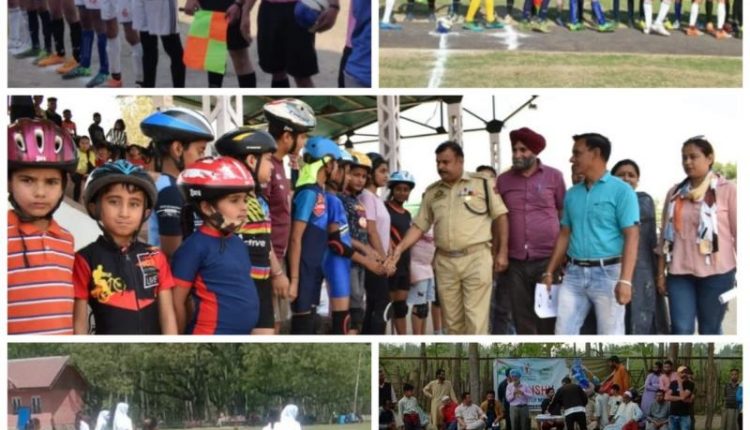 My My Pride: Participations increase as activities reach more villages Initiative being hailed across UT

SRINAGAR : The J&K Sports Council under the programme ‘My Youth My Pride’ today conducted events in Hockey and Wushu at Sports Stadium Kulangam, Kupwara.

Sarpanch Kulangam, Habib ullah Sheikh was the chief guest while as Altaf Hussain, Deputy Sarpanch was guest of honour. Around 120 participants in the games of hockey and Wushu participated in the day long competitions which included a good number of female athletes as well.

Matipora after winning the toss elected to bat first and scored 178 for the loss of 10 wickets in allotted 20 overs with Rakib top scoring and adding 58 useful runs for the team while as for Youngesters Nanil, Muzamil grabbed 3 wickets.

In response Youngesters Nanil managed only 140 runs and lost the match by 38 runs. Bilal top scored for th losing team while as Bilal Ahmad and Shabir took 4 wickets each who also eraned joint player of the match award.

Second match between was in progress when report was being filed.

Both the teams played good tactical football from the word go but it was RK FC who reached net. SCFA Bandipora fought hard in the second half and succeeded to scored equalizer and making it better by netting the ball again in the dying minutes of the game.