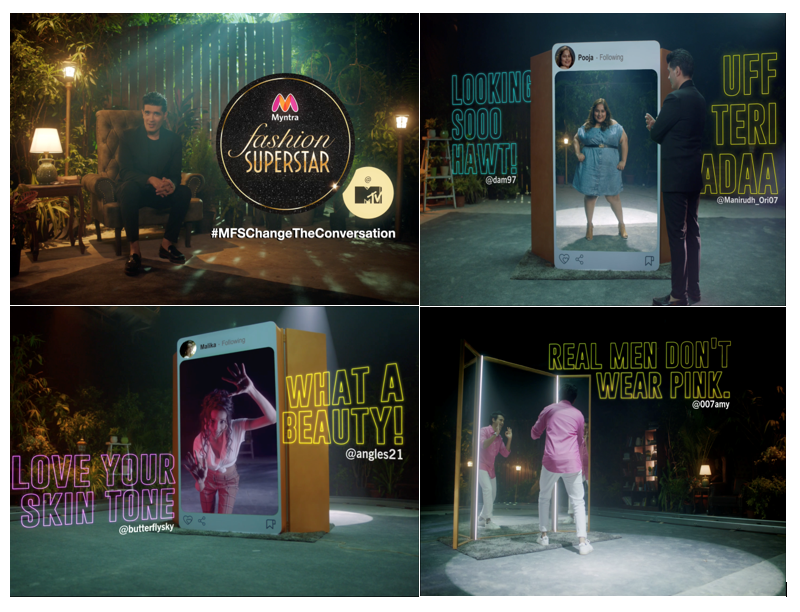 Mumbai: Myntra has initiated promotions to seek aspirants for the second edition of India’s only digital fashion influencer talent hunt, ‘Myntra Fashion Superstar-@MTV’, #MFSChangeTheConversation, the auditions for which have begun from August 14, 2020. The show is slated to go on-air in September on MTV.

Giving a grand sneak peek into the second edition of Myntra Fashion Super Star, Myntra has launched a 60-second promotional video with celebrated fashion designer, Manish Malhotra, who is seen urging the young and talented aspirants to become powerful fashion influencers by participating in the show and proving their worth. It uses a metaphorical setting to demonstrate the experience of being an influencer, which includes flaunting a personal style, orientation, conversations or making a statement and taking on the responses.

Link to the video: https://www.youtube.com/watch?v=JXoH2ZPr3FQ

Interested participants can send their entries by uploading a video that shows their take on fashion using #MFSChangeTheConversation on social media or on the Myntra and Voot apps.

Expressing his excitement for the show, Manish Malhotra said, “Over the years, fashion and it’s concept has evolved. While styling remains a significant factor, the persona, conduct and confidence have become defining norms to make a mark in the industry. Myntra Fashion Superstar @MTV is a perfect platform for all fashion enthusiasts to showcase their skills and I’m sure it will give them the right push to work towards their dreams. I urge all budding talents to be a part of it and create conversations together to strive for change.”

The show will be judged by leading personalities from the world of fashion and cinema, including Manish Malhotra. The chosen contestants will make it to the show post auditions, which will be aired on Myntra Studio on the Myntra App, MTV and Voot in end September. In addition to streaming the 8 episodes, Myntra Studio will be the one-stop destination for loads of exclusive content around the show, including Behind The Scene moments, shoppable celebrity looks, episodic reviews, trivias, and quizzes and lots more. With the capability of hosting all formats of content and its in-built gamification features, Myntra Studio will keep the buzz going right from the start. The show will be promoted across TV and Digital channels of Viacom18 and Myntra’s own Digital channels, including social media.

Stay tuned to witness the biggest fashion extravaganza with the second edition of Myntra Fashion Superstar @MTV, coming soon only on Myntra Studio on the Myntra App, MTV and Voot.