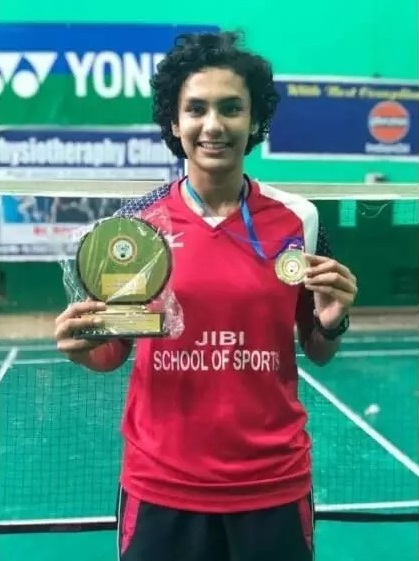 New Delhi: ‘Never give up on your dreams’ is a phrase that has always inspired Vaidehi Choudhari, a professional Badminton player who has throughout believed in her dream and achieved it. She has been playing professionally since 2011 and has accumulated multiple accolades and achievements over the course of her career. However, after achieving an international rank of 93 Vaidehi had to stop competing in international tournaments due to lack of funds and training. Her never giving up attitude has motivated her to start a fundraising campaign on ImpactGuru.com to support her practice sessions that will help in molding herself into a better player than she already is. Vaidehi aims to raise INR 10 lakhs through crowdfunding which will be used for her training sessions and international tournaments that will help her build a stronger base for the future international championships.

Ever since her first badminton stroke in 2011, Vaidehi has always seen her future with a badminton racket in her hands. Vaidehi has multiple accolades like Lagos International Challenge in 2017, Maharashtra Senior State Selection Tournament in 2019, National Championship at Guwahati (Runner UP), State Champion of Maharashtra in junior and sub-junior level to name a few. She has also officially represented India in Asian Badminton Championship in 2015. With an aim to represent the country in the international courts Vaidehi hopes to receive all the love and support from the donors of the country.

“After achieving an international rank of 93, I had to stop competing in international tournaments due to a lack of funds and financial limitations. The S in the word ‘SPORTS’ stands for stamina, speed, strength, skill, and spirit but the greatest of these is support. Most talented players do not always succeed, some of us do not even make it to the team because we can not afford to get professional training or fail to get sponsored. I need your help to raise enough funds to continue competing and afford the necessary equipment to achieve my dream of hosting ‘Tiranga’ on international lands and getting gold for my mother country. With your love and contribution I can continue representing our beloved country and fulfill my duty towards it.” appeals Vaidehi Choudhari.