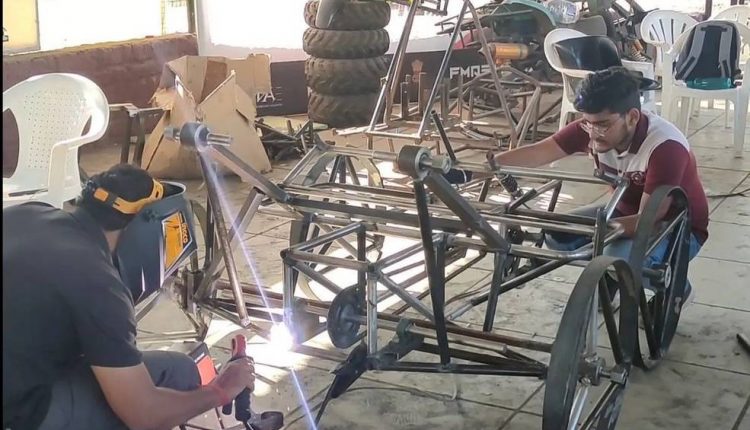 High school and college students from around the U.S. and world have spent the last eight months designing, building, and testing their rovers for the challenge – one of the original seven NASA Artemis Student Challenges. NASA announced the winners during a virtual awards ceremony April 29. The challenge involved 91 teams, including 58 colleges and 33 high schools.

The challenge tasked U.S. and international student teams with designing, engineering, and testing a human-powered rover on a course simulating terrain found on rocky bodies in the solar system. Teams also performed mission assignments while negotiating the course, including sample retrievals and spectrographic analysis.

“This year, students were asked to design a course that would mimic obstacles as if they were competing in Huntsville,” Aundra Brooks-Davenport, activity lead for the challenge at Marshall. “Ensuring team safety was a major factor in developing the design of their own obstacles. We are excited about the virtual competition and the opportunity it provided our teams.”

The 2022 challenge was conducted virtually instead of at the U.S. Space & Rocket Center near NASA’s Marshall Space Flight Center in Huntsville, Alabama. High school and college teams competed in multiple categories for design, documentation, and presentation, including the safety award, project review award, and many more.

Awards were presented in nine categories.

For more than 25 years, the annual NASA Human Exploration Rover Challenge and its sponsors have encouraged student teams from the United States and around the world to push the limits of innovation and imagine what it will take to explore the Moon, Mars, and other worlds.

The challenge is managed by the Office of STEM Engagement at Marshall. The competition reflects the goals of the Artemis program, which includes putting the first woman and first person of color on the Moon. NASA’s Office of STEM Engagement uses challenges and competitions to further the agency’s goal of encouraging students to pursue degrees and careers in science, technology, engineering, and mathematics fields.

iednewsdesk May 4, 2022
Students from the University of Sydney’s rocketry team, the USYD Rocketry Team, have their eyes firmly set on…