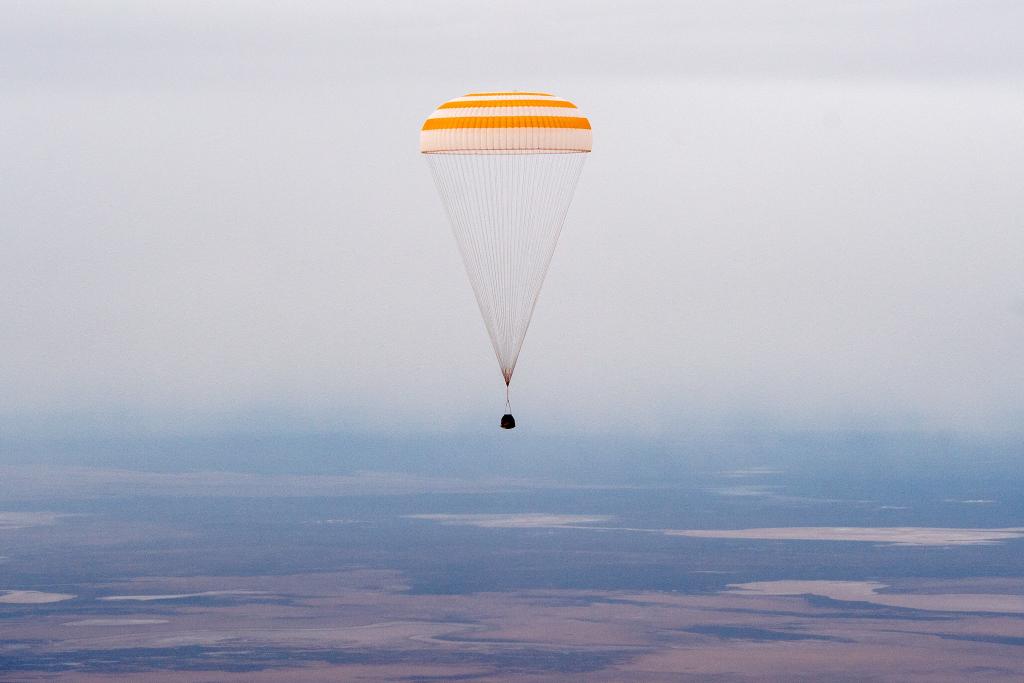 The crew departed the station at 7:32 p.m. EDT Wednesday and landed just south of the town of Dzhezkazgan, Kazakhstan, at 10:54 p.m. (8:54 a.m. Kazakhstan time). They will undergo preliminary medical checks at the landing site, and then split up to return home. Cassidy will board a NASA plane back to Houston, while Vagner and Ivanishin will fly home to Star City, Russia.

During this latest mission, Cassidy served as commander of Expedition 63 and welcomed SpaceX Demo-2 crew members Robert Behnken and Douglas Hurley of NASA – the first astronauts to launch to the space station on an American spacecraft from American soil since the retirement of the space shuttle in 2011.

Cassidy and Behnken completed four spacewalks, totaling 23 hours and 37 minutes, to upgrade station batteries. The final spacewalk was the 10th for both astronauts, making them two of only four only U.S. astronauts to complete 10 spacewalks. Cassidy now has spent a total of 378 days in space, the fifth highest among U.S. astronauts.

While on station, he contributed to hundreds of experiments, including a study of the influence of gravity on electrolytic gas evolution, which looks at bubbles created using electrolysis. Gravity is a key factor in creating buoyancy for bubbles, so microgravity makes it possible to single out bubble growth and study its effect in processes. Using this method to better understand how bubbles grow could improve devices like medicine delivery through small, bandage-like skin patches.

Cassidy also worked with Astrobee, cube-shaped, free-flying robots that may one day assist astronauts with routine duties, and conducted research for the Onco-Selectors experiment, which leverages microgravity to identify targeted cancer therapies.

For nearly 20 years, the International Space Station has been inhabited continuously by astronauts testing technologies, conducting research, and developing the skills needed to explore farther from Earth, including to the Moon and Mars. As a global endeavor, 241 people from 19 countries have visited the unique microgravity destination that has hosted more than 3,000 scientific and educational investigations from researchers in 108 countries and areas.